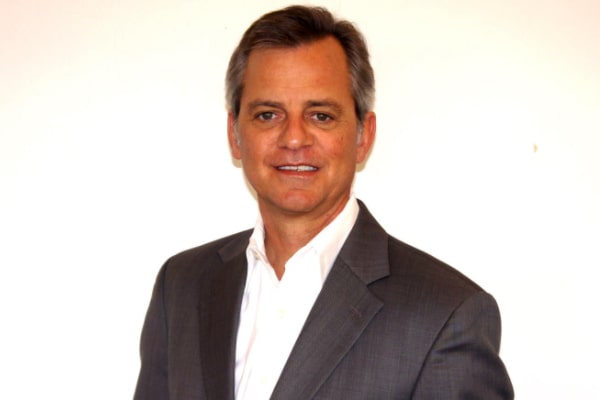 Gary Condit is an American former politician born as Gary Adrian Condit. He represented California’s 18th congressional district in the House of Representatives from 1989 to 2003.

Condit gained national attention after an extramarital affair with Chandra Levy, which was revealed after her disappearance in May 2001. Besides the scandals and other significant events that cost him the 2002 Democratic primary, he is also a doting father of two.

Therefore, here is everything about Gary Condit’s son, Chad Condit, and his whereabouts.

As mentioned, politician Gary Condit came into the spotlight after his affair with Chandra Levy became public following her disappearance. However, he was married to his high-school sweetheart, Carolyn Berry at age 18 in 1967.

According to Chad’s Twitter, he is a U.S. Navy Veteran and is very vocal about his political opinion. Like his father, he too entered politics and ran for the House of Representatives in 2012.

Ran For House of Representative In 2012

As mentioned earlier, Gary Condit’s son, Chad Condit, also wiggled his way into politics and announced his intention to run for the House of Representatives independent in California’s 10th congressional district.

Chad did not have as much in his campaign treasury as his competitors Jeff Denham and Jose Hernandez. However, he had a good campaign organization and strong name recognition.

Sadly, Chad lost in the top-two election against incumbent Jeff and Jose. He previously joined the U.S. Navy in 1991 and was honorably discharged a couple of years later.

In 2001, Chad Condit’s father, Gary Condit, became national news after Chandra Levy, an intern from Condit’s district, disappeared. Following the criticism, both Chad and his sister, Cadee, resigned from their positions in California Government, Gray Davis‘ office in 2001 following their father’s case.

Chad was a Central Valley liaison for Davis while his sister, Cadee, was his special assistant. Furthermore, Chad stated that they are a proud and loyal family, not only in good times but also in the darkest hours. Chad further added that his father had been forthcoming with the D.C. police from the beginning and that anyone relying on new accounts for that case was probably wrong.

Chad further thought of running for the state Assembly but has since changed his mind.

Hence, Gary Condit’s son, Chad, and his sister, Cadee, relentlessly supported their father while staying further away from the media. They even started their own venture as political life winded down.

Moreover, Condit kids worked for their father’s political action committee, which was first created to boost Rep Condit’s statewide influence. Hence, three-quarters of the PAC’s funds went to Chad ($110,000) and Cadee ($99,550) as they were classified as campaign consultants.

As mentioned earlier, Gary Condit’s son, Chad, received funds from PAC. Together with his sister, they received an approximate fund of two hundred thousand.

Hence, both Gary Condit’s children were sued by the state’s political watchdog agency, FPPC accusing them of illegally taking more than $250,000 in political contributions to their father.

Likewise, the California FPPC contended that Chad M. Condit and Cadee P. Condit unlawfully took more than $250,000 from Defendant Justice, a fund intended to examine media coverage of their father related to the 2001 disappearance.

The target of a $2.4 million lawsuit, Chad was unreachable to hand the necessary legal papers. However, more than two months after the lawsuit, FPPC’s spokesman Jon Matthews said they were still attempting to serve Chad.

Even though all the hardships. Gary Condit’s son, Chad Condit, was always supported by his wife, Helen Filice Condit. The pair have been married for quite some time now and has welcomed three kids together.

As of now, the family of five resides in Ceres, California. Yet, even after the whirlpool of emotional baggage and hardships, the pair seems to have stuck together throughout it all. The father of three boys seems to have a good bond with all of them while keeping them distant from the media’s scrutiny.

Furthermore, Chad Condit’s wife often posts about her father-in-law’s comeback in politics, and Chad himself must have been involved in the campaign. Thus, we might hear more of him in the coming days.

The name Chad means battle warrior and has English origin.