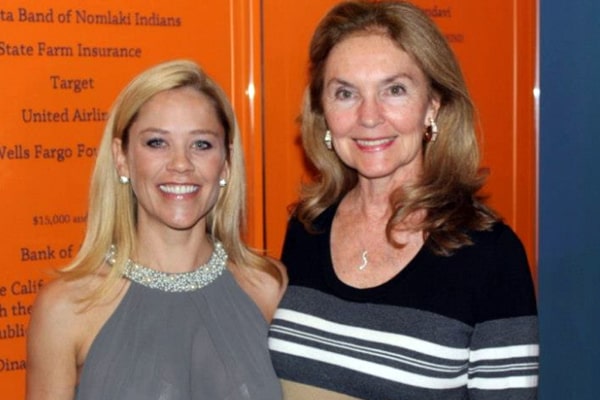 Cadee Condit Gray is the beautiful wife of Assemblymember Adam Gray and the oldest daughter of former politician Gary Condit. She has been surrounded by politicians since childhood and has faced infamous controversies alongside her father.

Therefore, here, we shall talk about Adam Gray’s wife and Gary Condit’s daughter, Cadee Condit Gray, in detail. Stick with us to know how the pair first met and how Cadee helped her father escape controversies.

Gary Condit’s Daughter Practically Grew Up In Backs of Offices

Former HOR candidate Gary Condit welcomed his daughter, Cadee Condit, with his wife, Carolyn Berry. The pair welcomed two kids, and both of them were heavily indulged in politics from an early age.

Also, Cadee’s mother, Carolyn, was deeply involved in her husband’s political life. Thus, naturally, Cadee grew up in the halls and back offices. Moreover, she used to brag about her father, knowing to skirt the security alarms and checkpoints on their way to eat PB&J on the Capitol roof.

Likewise, after Cadee’s dad got smothered in Chandra Levy‘s disappearance and murder case, she actively defended her father and helped him with his issues.

Owned A Massage Clinic in Colorado

Although born in a family of massive respect that came crashing down at one point, giving up was never an option for Cadee Condit Gray.

Thus, Condit started her own business, Toccare Massage Clinic, at 9475 Briar Village Point. She chose the name for the clinic, which means ‘to touch’ in Italian. The communications graduate started the business with eight therapists in 2004.

Interestingly, within two years, Condit Gray managed to grow her business to 35 employees and established a clientele base of about thousands of customers.

Despite the blooming business, Gary Condit’s daughter, Cadee Condit, sold the company to a reliable friend who later disclosed that she handed over her venture to start a new chapter in life. Indeed, after the massage business, she got married to Assemblyman Adam Gray.

Cadee Condit supported her father’s controversy and found the love of her life inside the political circle. As of now, she is married to Adam C. Gray. Cadee’s husband is a Democrat representing the 21st Assembly District in the California State Assembly.

Unfortunately, Cadee is pretty private about her marriage and her personal life as a married woman. Therefore, not much is revealed about her marital life. In fact, Cadee and Adam must have had a posh wedding in attendance of families, friends, and a few notable names.

According to Badlandsjournal, Assemblyman Gray rescued Cadee from the massage business in Colorado Springs. She had fled when her father, Gary’s political career crashed after being floundered on the murder of young female intern Chandra Levy.

Furthermore, Adam Gray’s wife, Cadee Gray, is not that active on any social media. Likewise, her last public post on Facebook was a cover photo of her kid in a kitchen wearing a Condit apron.

Despite the privacy, the Gray couple must be having a blissful marital life as they have common grounds. Also, like Cadee’s mother, Carolyn, she might as well be involved in her husband’s political career extensively.

Aforementioned, Gary Condit’s daughter worked with Gray Davis back in the 2000s. However, both Cadee and Chad resigned from their work to help her father run for the House of Representatives.

As a result, Adam Gray’s spouse, Cadee, and her brother were sued by the state’s political watchdog agency, California FPPC, who contended that they unlawfully took more than $250,000 from Defendant Justice.

Furthermore, Cadee Condit was served on February 12, 2006, while her brother was unreachable to serve.

Apart from the rough career path, Gary Condit’s daughter and Adam Gray’s wife, Cadee Condit-Gray, has chosen a life that allows her to live confidentially and help her husband at the same time. Moreover, she is also enjoying her time as a mother and might have embraced motherhood full-time.

Therefore, let’s hope we get to hear and see more of her in the coming days.