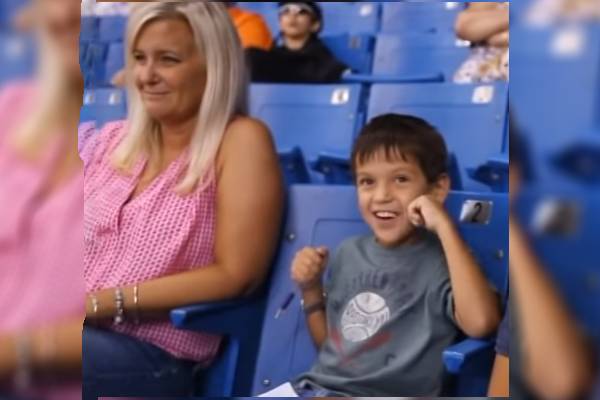 Born Jose Carlos Montoy Diaz, Charlie Montoyo is one of the most talented managers in Major League Baseball (MLB). He is currently serving the Toronto Blue Jays. Prior, the manager worked for the Durham Bulls of the minor league for eight seasons and has come a very long way to reach his current position.

Talking about his personal life, Charlie has been happily married to Samantha Montoyo since the early 2000s. In addition to that, he is a proud father of two angelic sons. So, in today’s article, we will be presenting some interesting facts about Charlie Montoyo’s son, Alex Montoyo, and how he is growing up.

Has The Same Birthday As His Father

As already addressed, the Toronto Blue Jays manager shares a blissful marital life with Samantha Montoyo. The lovebirds met in Charleston in 1999 and married in 2001.

When the Montoyo couple first met, Samantha was working on the same baseball team as her husband, River Dogs. On top of that, she was dating another person.

Furthermore, when Charlie returned to the team as the manager after two years, he proposed to Samantha, and they decided to spend their whole life together. Now, it has been over 20 years, and the pair’s bond is still strong. The duo leads a wonderful family of four, including their sons, Alex and Tyson Montoyo.

Born Alexander Montoyo, Alex Montoyo is the youngest son of Samantha and Charlie Montoyo. He was born on 17 October 2007, on his father’s birthday.

Moreover, Charlie Montoyo’s eldest son, Tyson, was born about five years before his younger brother. He is a lacrosse player who attends Hendrix College. He is going to graduate in 2025.

The youngest Montoyo was born with a serious heart defect called Ebstein Anomaly. It is a rare and congenital condition where one chamber of the heart doesn’t function properly, and blood isn’t pumped in the proper quantity or direction.

Alex was born at 1 pm, and at 1:30, he was airlifted to the Phoenix Children’s Hospital. There the cardiologist announced that he needed to go through heart surgery immediately. Afterward, when he was five days old, Alexander had open-heart surgery. In addition, the doctors told the couple that there was a very low chance of their baby’s survival. It must have been hard for the duo to hear such unpleasant words.

Charlie Montoyo’s son had several open-heart surgeries, and his last surgery was in 2013. Besides his health, Alex’s parents were worried about the mounting medical bills. A lot of their family and friends helped them. After overcoming all the odds, he survived and is doing well.

Moreover, the manager’s little boy doesn’t use the right side of his heart, but he can play and have fun now. So hopefully, there is no precariousness regarding his health anymore.

Alex has a bright smile and a deep love for baseball. He watches baseball all the time. Charlie used to send the photos and videos of the stadium he visited to his child. In a documentary video, the manager said that his boy just loves games and everything related to the game.

Additionally, the Montoyo siblings share a deep bond. Tyson had to grow up too quickly as his beloved brother needed a lot of care. He must have taken great care of Alex when their parents were not around.

Nonetheless, Charlie Montoyo’s son is growing up well. He seems to be enjoying his childhood to the fullest. As the youngest member, he is loved and pampered by his family members. We wish Alex a happy and healthy life ahead.

Alexander is a Greek name that means Man’s Defender, or warrior. His father chose the name after looking through an entire baby book. That was the only name the Montoyo couple could agree on.