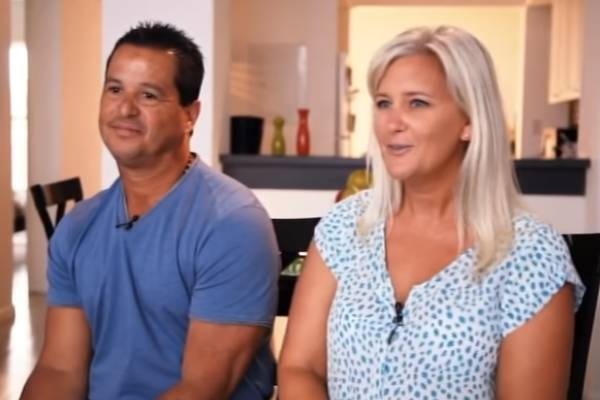 The renowned baseball manager, Jose Carlos Montoyo Diaz, shortly Charlie Montoyo, is currently serving the Toronto Blue Jays of MLB. The former professional baseball player has been active in the league since the nineties. His success in the league has heightened his profile.

Now let’s talk about his personal life. Well, the Toronto Blue Jays manager is a married man with kids. He and his spouse, Samantha Montoyo, lead a beautiful family of four together. If that was news to you, let’s get to know Charlie Montoyo’s wife in today’s article.

Have Been Together For Two Decades

As already mentioned, the former baseball player shares a blissful marital life with Samantha Montoyo. The couple first met in 1999 in Charleston, South Caroline. At that time, Charlie was the manager of the River Dogs.

When Samantha and her now-husband first met, she was dating someone else. In addition, she was wary of the lifestyle of men who have dedicated their lives to baseball. But after a year, when Charlie returned again in 2000, the couple got close and started dating.

The adorable pair exchanged their wedding vows in 2001. It has already been over two decades since they tied the knot, and their relationship is still solid.

Besides having marital bliss, the Montoyo couple is blessed with two amazing sons. Just within two years of marriage, they entered into parenthood. Charlie Montoyo’s wife gave birth to their first child, Tyson Montoyo in the early 2000s. While their youngest son, Alex Montoyo, was born in October 2007.

In addition, Charlie Montoyo’s sons must have developed an interest in baseball. The eldest Montoyo attends Hendrix College and will graduate in 2025. He is highly involved as a student-athlete in his college’s lacrosse team. On the other hand, Alex is still a teenager and must be doing well too.

Their Son Had Open Heart Surgery At A Young Age

The Toronto Blue Jays manager’s eldest son was born healthy and enjoyed his childhood playing with anything he liked. However, his younger child, Alexander Montoyo, was born with a serious heart condition called Ebstein’s anomaly, where one of the heart’s valves doesn’t function well.

In a documentary video of the manager and his family, Charlie shared how his oldest kid also had to grow up quickly, following Alex’s diagnosis. Tyson is a loving elder brother who loves and protects his sibling.

In a 2019 story published by ESPN, it was revealed that Alex went through two open-heart surgeries even before he was a year old. His last surgery was in 2012. Also, the Montoyo couple was told that the chances of survival of their baby boy weren’t many.

But, Alex overcame all the odds and is now a healthy teenager. Although his journey was difficult, his parents’ love and care made it all possible. Additionally, the little guy enjoys watching baseball matches. He has a bright smile and is always seen smiling. Moreover, it must have been difficult for Samantha and her husband too. Hopefully, they became a rock through the rough patches of each other.

Overall, Charlie Montoyo’s wife is a supportive partner and a loving mother. She and her hubby have raised their children well. We wish Samantha a happy and peaceful life ahead.

Unfortunately, The Toronto Blue Jays fired her husband, Charlie Montoyo, on 13 July 2022 and promoted John Schneider to interim manager for the remaining season.