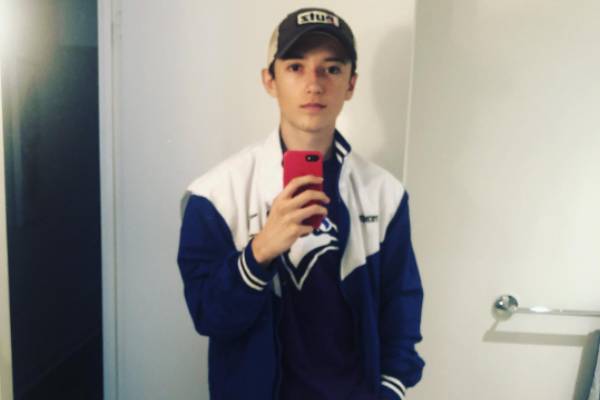 With a career stretching nearly three decades, the Toronto Blue Jays manager, Charlie Montoyo, has gained significant name and fame in the league. He has been serving the MLB team since 2019. Before that, the manager was the coach of the Tampa Bay Rays from 2015 to 2018. In addition, he is also a former Montreal Expos player.

Much is said about the baseball personality’s professional career. Now let’s dive into his personal life. Well, the Jays’ manager is a family guy who leads a beautiful family with his wife, Samantha Montoyo. His sons have grown up, and one of them is an active college athlete. So, in today’s short article, we will be talking about Charlie Montoyo’s son, Tyson Montoyo.

Is The Firstborn Of His Parents

Tyson Montoyo was born in the early 2000s as the first child of Charlie and Samantha Montoyo. At the time of his birth, his father fainted and could not make it to the delivery. So, when his younger brother, Alexander Montoyo, was born, the eldest Montoyo and his dad went to McDonald’s.

The Montoyo siblings’ parents first met in 1999 in Charleston and tied the knot in 2001. Their father and mother have been together for over two decades, not to mention their deep love and support that withstood the long marital life.

Moreover, Tyson’s younger brother, Alex Montoyo, was born with the Ebstein Anomaly and had several open-heart surgeries. As a result, he had to grow up too fast and demonstrated himself as a protective and loving big brother. Nevertheless, he must have had a happy childhood.

Is A Lacrosse Player

Charlie has gained massive fame as a baseball manager and former professional player. Unlike him, his boy has a different sports interest. Tyson is very passionate about lacrosse.

Furthermore, Charlie Montoyo’s son first learned about lacrosse when he was in 2nd grade through a weekend development camp. But, he didn’t immediately start playing; instead, he focused on Little League Baseball. Finally, when he was in 6th grade, Tyson started playing lacrosse and found his niche playing goalie after three years.

As per his Connectlax profile, the young athlete played for a club team in Tucson, Arizona, and Catalina Foothills Falcons. He also has a very unique perspective as he is the son of a professional athlete and manager. Tyson has also learned about behind the scenes view of sports, thanks to his dad. Additionally, he intends to succeed as a student-athlete while pursuing a degree in engineering.

In late 2019, the eldest Montoyo made it officially on the roster for the Puerto Rico U19 National Team. He shared his excitement to go and play representing the country in the summer on Instagram.

After completing his formal education, the manager’s son has been attending Hendrix College in Conway, Arkansas, since 2021. He is set to graduate by 2025. As the college programs are excellent and there was a high chance to improve his lacrosse skill, he decided to continue his journey at Hendrix.

Additionally, Tyson is very active in the college’s lacrosse team. He is one of the most promising players and has contributed to several wins. For instance, in February 2022, Hendrix College won seven-straight over Centenary University. That was the player’s first collegiate game, and he made four saves in the final quarter of the match.

Moreover, the eldest Montoyo is also the Hardin Hall Outstanding Citizen Award recipient. The award is honored to residents of Hardin Hall who have done the most for their hall and fellow residents. That means he has exemplified the standards and ideals of Hendrix College.

Overall, Charlie Montoyo’s son is a talented lacrosse player who is active in his university’s lacrosse team. In addition, he is a loving brother and son who has made his parents proud of him. We wish him a rocking career ahead.

Well, the Toronto Blue Jays fired its manager, Charlie Montoyo, on 13 July 2022 and promoted the bench coach John Schneider to interim manager for the remaining season.

Tyson is a name that comes from the French word Tison which means Firebrand.