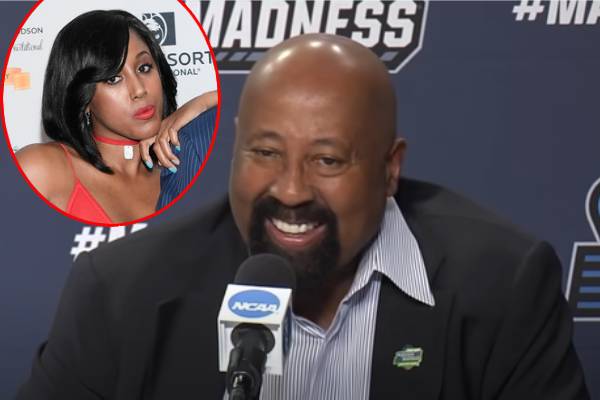 Michael Dean Woodson, famously known as Mike Woodson, is an American basketball coach and a former NBA player. Currently, Mike is serving as the head coach of the Indiana Hoosiers men’s basketball team.

As a player and coach, Woodson has been active in the league since the 70s. As a result, his name has grown significantly. Owing to his popularity, curiosity about his personal life and family members has also increased.

Eldest Child Of Her Parents

The Indiana coach shares a blissful marital life with Terri Woodson, to whom he has been married for a long time now. In addition, some sites also claim that Mike and Terri were college sweethearts.

Moreover, in all these years of being married, Mike and Terri have welcomed two daughters, Alexis Woodson and Mariah Woodson.

Alexis Woodson was born as the eldest child to the Woodson couple on 16 October 1989. After giving birth to Alexis, her parents welcomed her younger sister, Mariah Woodson, in the early nineties. Alexis’ sibling is a founder of the brands Kiwi Plum and Minty+ReliePH.

Was A Georgia Tech Athlete

Both of Mike Woodson’s daughters have acquired a love for sports and the siblings were star volleyball players in college. Well, Alexis attended the Georgia Institute of Technology where she majored in Media and Communication. In addition, she was an active student-athlete on the women’s volleyball team at the university.

However, both Alexis and her younger sibling have quit volleyball and are happily leading their lives off the court.

The Indiana coach has achieved great success in both his professional and personal life. Together with his wife, he has raised his kids well, and both of them have become amazing adults.

The head coach’s girl, Alexis, tied the knot with Mykhail Chambers on 06 June 2021. Moreover, Indiana Coach’s son-in-law is also a graduate and student-athlete of the Georgia Institute of Technology. The lovely pair met in college and started dating.

Not only that, but the couple even had to endure a long-distance relationship once. However, their love for each other continued and flourished. In 2019, they went on a private trip to Kyoto Garden. That’s where Mykhail got down on one knee and proposed to Alexis.

The love bird seems happy and content with each other. We look forward to learning more about Alexis and Mykhail’s sweet story.

Moreover, Mykhail and Alexis have not welcomed any children yet. Since they have been married for just one year, the couple might be waiting for a time to grow their family.

Mike Woodson’s daughter is currently enjoying her time as a married woman to the fullest. She has yet to walk the journey of motherhood. Let’s hope Alexis will have one of the beautiful life filled with success and strength.

Alexis came from the Greek word, Alexo, which means a Defender and Protector.