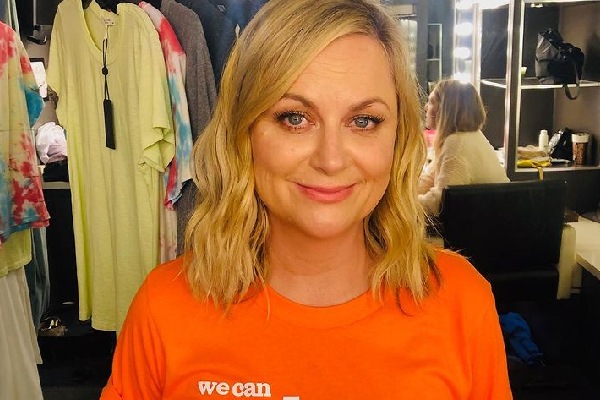 Archie Poehler was born to actress Amy Poehler and actor Will Arnett in 2008. Read the article to meet Archie Arnett. Image Source: Instagram/amypoehlersmartgirls.

Amy Poehler (Amy Meredith Poehler) is an American actress, comedian, producer, writer, and director. She has been a part of a number of American television series playing different roles. To name some: Weekend Update, Saturday Night Live, but what is keeping her in the highlights these days is the NBC sitcom Parks and Recreation. Poehler played the character, Leslie, in the series.

Amy has reached heights in her career, but that’s not just something she is famous for. She has been gaining lots of attention due to her relationships- especially with Will Arnett, Canadian actor, producer, and comedian. So we’ve come up with an integral part of their relationship- their son. In this article, we will be talking about Archie Arnett, Amy Poehler’s son with Will Arnett.

Archibald “Archie” William Emerson Arnett is the first child of actress Amy Poehler and actor Will Arnett. The celebrity couple gave birth to their first child on October 25, 2008, in New York. It was after five years of their marriage. Archie’s parents had tied knots in August 2003 after dating for a while. Arnett and Poehler caught the eyes of the paparazzi since then.

Amy and  Will’s son Archie has a pretty long name, which might be pretty confusing for some of us. Archie has inherited two middle names from his grandfathers’ names: William is Amy Poehler’s dad’s name, and Emerson is Will Arnett’s dad’s name. Amy Poehler’s son Archie Arnett also shares his name with one of the most popular kids of the century. He is none other than the royal child Archie Harrison Mountbattem-Windsor, the son of Prince Harry and his wife Meghan Markle.

Amy Poehler and Will Arnett also have a second child together, making Archie the proud brother of Abel Arnett aka Abel James Arnett. Archie’s parents gave birth to Abel on August 6, 2010. Abel inherited his name from the middle name of his paternal grandfather, Emerson James Arnett.

Archie and Abel have an age difference of only two years, which makes them each other’s best friends. The two babies like to do mischievous things, such as wearing underwear in their heads while pooping. Their mischief just doesn’t end there; they do plenty of other crazy things and seem to be restless all the time. Even though Amy shares some funny incidents about her son, she likes to keep her sons away from the media; but time and again paparazzi spot them during their shoppings and outings.

Also Read: Everything About John 5’s Wife, Rita Lowery. Doe’s The Couple Have Any Children Together?

Seeing the family together is such a great sight, but beautiful things don’t last forever. Archie’s parents Amy and Will seemed to be happily married until one day; the news of their divorce broke out on the internet. The pair decided to part ways in September 2012 and ended it with a divorce in April 2014. However, they haven’t let their relationship ruin their bond with their children. After the divorce, Archie’s parents decided to take joint custody of him and his brother Abel.

According to some sources, Archie and Abel were spotted quarantining with their parents together. Both of their parents have never stepped away from parenting responsibilities even after a shocking divorce. This is one lesson that every divorced parent should learn from them.