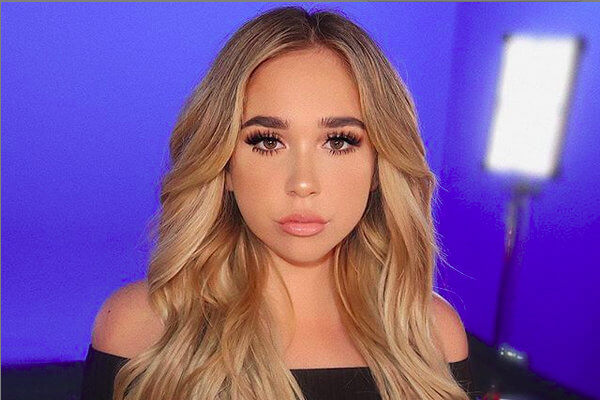 The gorgeous Ariana Biermann is often in the news for her beauty as well as astonishing weight-loss transformation. She reportedly lost over 30 pounds after being body-shamed for being chubby. Born on October 17, 2001, Ariana comes from a family of famous reality TV stars. She is Kim Zolciak-Biermann‘s daughter together with her ex-husband, Daniel Toce. Ariana’s parents divorced in 2003.

Ariana Biermann’s net worth is estimated to be $500,000 as of June 2019. Both Ariana and her mother Kim have appeared in The Real Housewives of Atlanta. As of now, Ariana is enjoying a successful career in reality TV shows. From Kim’s previous relationship and current husband, Kroy Biermann, she has five half-siblings, Brielle Biermann, Kaia Rose Biermann, Kane Ren Biermann, Kash Kade Biermann, and Kroy Jagger Biermann.

Ariana Biermann became a TV personality and Instagram sensation during her teenage years. In her early days, Ariana was overweight. Due to her mother’s celebrity status, Ariana became the victim of cyberbullying regarding her weight. However, she silenced her bullies after losing significant weight and looking gorgeous than ever.

Moreover, her father Daniel allegedly abused her half-sister, Brielle. Keeping her family’s past behind, Ariana is now a successful television actress and model. She appears in the reality TV series, Don’t Be Tardy. As for her father Daniel, he spent a couple of years in prison. Daniel’s whereabouts are currently in the dark.

As mentioned earlier, Ariana Biermann’s net worth is estimated to be $500,000, thanks to her successful TV career. She does brand endorsements and acting roles in reality TV shows. She is also immensely popular on Instagram, where she has more than 580K followers as of June 2019. We hope that Ariana’s career continues to flourish. Her mother, Kim Zolciak, is always by her side.

After her parents’ divorce in 2003, Ariana’s mother Kim tied the knot with football star Kroy Biermann in 2011. Then, Ariana’s stepfather Kroy Biermann adopted her and her half-sister Brielle into his family. Even though Ariana is financially well-off, her newfound family provides her emotional support.

As of now, Ariana has five half-siblings altogether. She had made a lot of progress in the entertainment industry. As for her relationship status, Ariana Biermann’s boyfriend and dating partner is Chandler Jones, who plays football for Mid-Western University. In the past, Ariana dated the handsome Collin Lipman. They remain good friends.

The name Ariana is of Italian origin, which means “very holy.”