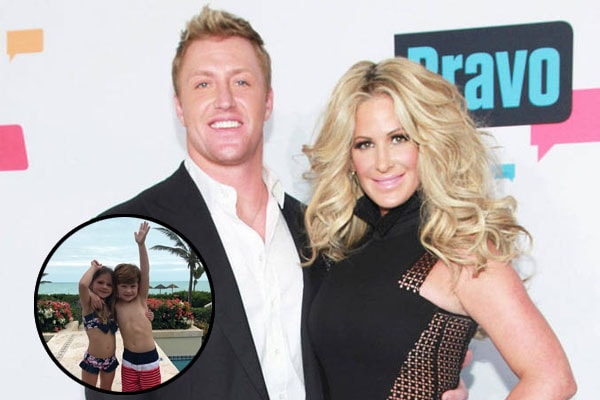 Kimberleigh Marie Zolciak-Biermann also known as Kim Zolciak-Biermann gave birth to two adorable twins with husband, Kroy Biermann. They are Kane Ren Biermann and Kaia Rose Biermann respectively. Both of the twins are the youngest children of Kim and Kroy.

Kim Zolciak Biermann’s son, Kane Ren was born in 2013. He has five siblings altogether and they are Brielle Biermann, Ariana Biermann, Kroy Jageer Biermann Jr., Kash Kade Biermann, and Kaia Rose Biermann. Even though Kane is a child, he already has an Instagram account with over 32k followers as of June 2019. Looks like his account is run by his parents.

Kane’s Instagram account is a verified one which means he is one of the youngest social media stars. He might have gained that many followers through his parents’ popularity since he is Kim Zolciak and Kroy Biermann’s son.

Similarly, seeing his Instagram posts, we can definitely tell that he is very close to his twin-sister, Kaia Rose. Also, the twins love to spend time and have fun together. They are true companions and best buddies to each other.

Kane seems to be loving his life with his family and siblings. But most importantly, Kane seems to hang out with his twin sister and are twinning each and everything.

As said earlier, Kaia Rose Biermann is Kane Ren Biermann’s twin sister and was also born in 2013. She also has five siblings. The cute Kaia Rose likes to keep company with Kane and spend time together. Kaia has also joined her parents and siblings on the reality series Don’t Be Tardy.

Kaia Rose Biermann –  Kaia is derived from the Hawaiian word “kai” which means sea. Rose is a fragrant flower that came from the Latin word “rosa”.