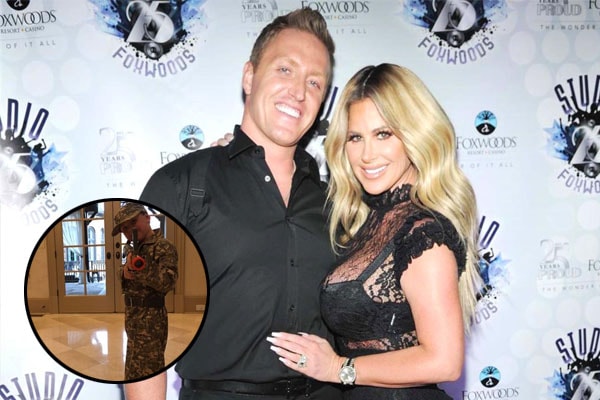 Kash’s father is a former American football defensive end, and outside linebacker who has also appeared on the TV show Don’t Be Tardy. On the other hand, Kim Zolciak-Biermann is an American television actress and personality. She is known for her role as one of the original housewives on reality television series The Real Housewives.

According to the TMZ, Kash Kade had a terrible incident on April 23, 2017. Their pet-dog had attacked the poor Kash. Due to the unfortunate event, Kim Zolciak’s son, Kash, had to be admitted in the hospital.

Kim even posted a photo of her son lying in a hospital bed. Kash had suffered from traumatic injuries since the bite was pretty severe. Also, the operation lasted for a couple of hours. It was good to see that the whole family was there by his side.

Every family member was anxious about Kash Kade Biermann. However, he recovered from the operation and is doing fine presently. And now, he seems to have come back even stronger after the painful accident.

But Kash may never forget the dog that bit him for years as the scars on his eyes would remind him every time.

Kash Kade Is Thriving His Fashion and Style Sense

Kroy Biermann’s son, Kash, seems to be developing his style with his growing age. It looks as though he is getting very sensible towards the flair of fashion and mastering his looks. Kim shared a photo of Kash with a unique hairstyle.

Perhaps he is thinking of becoming a handsome model in the future. Since his mum is a beautiful television actress, she might be intending to cast Kash in the spotlight at the right time. Hence, we might see him as one of the rising stars some day.

The word Kash came from a Frech word “Caisse,” and its meaning is “(money) box.” Likewise, the meaning of Kade is “round, lumpy,” and it came from the word “Cada,” which itself originated from a Germanic word.