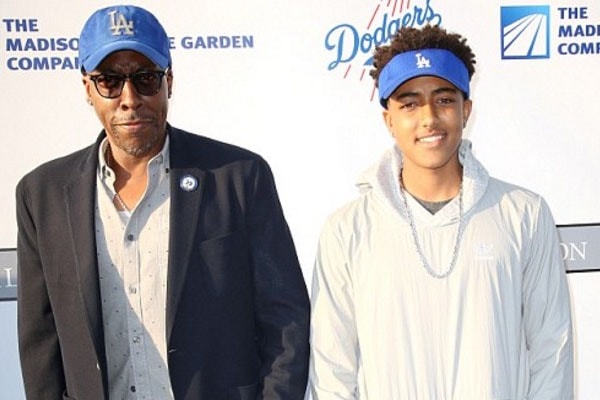 During an interview, Arsenio revealed that his doctor once said to him that it might not be physically possible for him to have a child. Well, Arsenio had his son Arsenio Jr. after a long struggle, and since he is the only child of the comedian, the father-son duo shares an impeccable bond.

When he found that his girlfriend was pregnant, Arsenio’s happiness contained no boundaries. Arsenio further stated that his father was a focused minister and barely spend time with him. And at that time Arsenio made a promise that when he has his son, he will spend as much time as possible alongside him.

We all know how multi-talented Arsenio is as he is a talk-show host, comic, actor and so on, he thought that raising a son as a single parent would be tough. The thing is, the relationship didn’t work out between Arsenio and his baby mama Cheryl and they decided to part their ways. So in order to raise his son single-handedly, Arsenio left his work and put his work on hold.

This clearly shows how much Arsenio Hall Jr. means to his old man. Plus it was Arsenio Hall’s son himself who helped Arsenio to get back on track when he asked his father to do Celebrity Apprentice.

And once interviewed by Oprah Winfrey, Arsenio Hall gets all emotional and teary eyes while speaking about his son which was really an awe moment. Not many may know this but Oprah is one of the richest celebrities in Hollywood.

The name Arsenio is being derived from a Greek word Arsenios which means masculine.