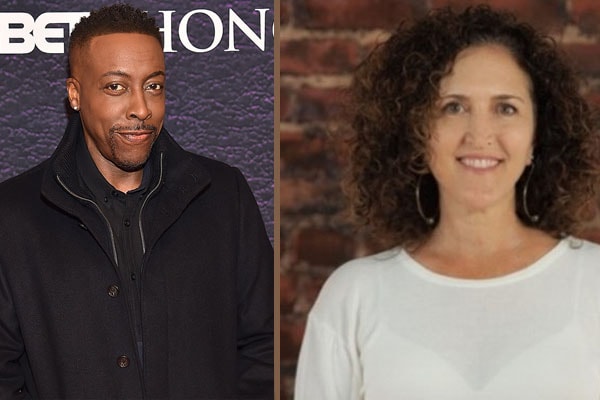 Cheryl Bonacci is well-known as the comedian, Arsenio Hall‘s ex-partner, and baby mama. The two ex-couple dated each other for over 15 years. She is the mother to Arsenio’s only child Arsenio Hall Jr.

Along with that, for the last 16 years, Cheryl Bonacci served as a Catholic Chaplain for the LA ArchdioceseOffice of Restorative Justice. She is not a familiar face in the showbiz industry and all. However, here are some of the facts about Arsenio Hall’s ex-partner, Cheryl Bonacci.

Not every love story needs to have a happy ending, does it? The talk show host, Arsenio Hall, and his ex-partner, Cheryl Bonacci, dated for 15 years. They began dating from 1987 to 2002 and decided to parted ways because of irreconcilable differences.

After they broke up, a lot of disputes arose between the ex-couple. Cheryl once sued Arsenio for child and paternity support. According to Cheryl, her ex-partner Arsenio had earned an amount of $12 million and paid way less in child support.

Both of them are pretty much single at present. But, it’s not likely the ex-couple getting married any sooner. However, they could settle their marriage life with their loved ones, respectively, in the future.

Not many know this, but Cheryl was the personal manager of her then-boyfriend Arsenio Hall. After parting ways, Cheryl left the entertainment industry and dedicated her life to community service.

Cheryl Bonacci is the Chief Operating Officer at Creative Acts, which is an institution that addresses some of the most pressing social justice problems through the power of Arts. It offers in-prison/re-entry program development support, event development, training, and consulting.

Cheryl also has got a blog where she writes about different topics. And going through some of it, we can admit that she is one prolific writer. As for her Twitter account, it is mostly filled with stuff related to her works.

With some of my favorite humans supporting #TimeDone. #WeCanDoBetter pic.twitter.com/njDVYL8rGP

According to LinkedIn, Cheryl Bonacci is also an accomplished senior executive and consultant with more than 31 years of success across entertainment, criminal justice & non-profit industries.

Well, she seems to be having a satisfying and fulfilling career right now. Plus, she is also a board member of the Prison Arts Collective and Jesuit Restorative Justice Initiative at the moment.

As stated above, Cheryl is the baby mama of Arsenio Hall’s son Arsenio Hall Jr. He was born in 1999. But his parents had separated and ended their relationship early on. The mother-son duo of Cheryl and Arsenio Jr have a lovely bond.

She was also present there during her son’s graduation. And it looks like Cheryl spends a lot of time with her youngling. Plus, Arsenio Hall Jr. also supports his mom on her endeavor.

Gorgeous Cheryl Bonacci does not seem to be the kind of person who loves stardom and spotlight. Well, she looks to be the exact opposite and probably likes to live a normal life away from the limelight and media. So, in all, Arsenio Hall’s baby mama is certainly enjoying her low-profile life and parental life to the fullest.