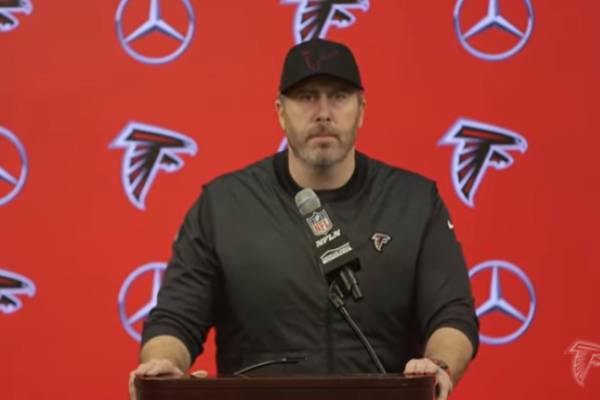 All of Arthur Smith's children are growing up in a loving environment . Image Source: Social Media.

Arthur Smith is a football coach in the National Football League (NFL) and has been the head coach for the Atlanta Falcons for one year now. He also worked for the Washington Redskins and Tennessee Titans before he was assigned to the Falcons.

As his career has evolved tremendously, Arthur has become more famous. As a result, his family members have piqued the interest of his supporters. Thus, today we will be talking about Arthur Smith’s children.

The renowned coach shares a joyful marital life with his wife, Allison Smith, and we can tell that the couple has been together for quite some time. The coach has a beautiful family of five, including his spouse, one daughter, and two sons.

Arthur Smith and his wife are blessed with Tanner Smith, Sophie Smith, and William Smith.

Tanner Smith was born as the eldest child to Arthur Smith and his wife, Allison. He was born on March 10, 2015. A few years after giving birth to Tanner, they welcomed their only daughter, Sophie Smith.

Furthermore, Arthur Smith and his wife, Allison, must have faced difficulties while giving birth to their youngest son William as he arrived about four-and-half weeks ahead of schedule. William, aka Liam, weighed 7 ½ pounds at his birth and stayed in the NICU for a few days.

Currently, little Liam is three years old and is growing up in a loving environment. In addition, Arthur Smith’s kids share a strong bond with each other.

Great Supporter Of Their Father

Arthur Smith’s children support him in different events. They are seen cheering for the coach’s team on the field on many occasions. Allison and the kids even visited Arthur for his first conference at the Atlanta Falcons Headquarters to support him on his big day.

Over and above that, their mother also shared some pictures of Tanner Smith and William Smith in their father’s team jersey. By this, we can tell how supportive they are of their father’s career.

Also Read: See How Dylan Dreyer’s Children Are Growing Up

Arthur Smith’s Children Are Kept Away From The Public Eye

Despite being a renowned name in the football industry, Arthur Smith’s little ones stay away from the limelight and media. However, this is because they have kept their personal life a secret.

Their parents must have taken this wise decision, as the little ones are young, thinking that it might affect them in the future. Moreover, Arthur and Allison may be attempting to keep them away from the negative aspects of the spotlight. In addition, they have kept their details private, so not much is known about where their children study.

Regardless of Arthur’s hectic schedule, he must spend quality time with his family.

It’s common among sports personalities to introduce their children to the sports they are associated with. So we can assume that Arthur Smith may have also already helped his children learn about the basics of football. Since their father is the head coach for the NFL team, Atlanta Falcons, the Smith siblings too might have an interest in playing football.

There are a lot of examples of coaches putting their children into training at an early age. So, Arthur’s young ones might have already started their journey. Moreover, in one of his interviews, the NFL coach joked that his youngest son “is probably a future interior O-line guy.”

Well, it won’t be surprising if one of the Smith siblings is seen on the NFL ground in the coming days.

Tanner is a word of English and German origin that means Leatherworker.

The Greek name Sophie is one form of Sophia that means Wisdom.

The Old German name William is a famous name that dates back almost a thousand years, and it means Resolute Protector.