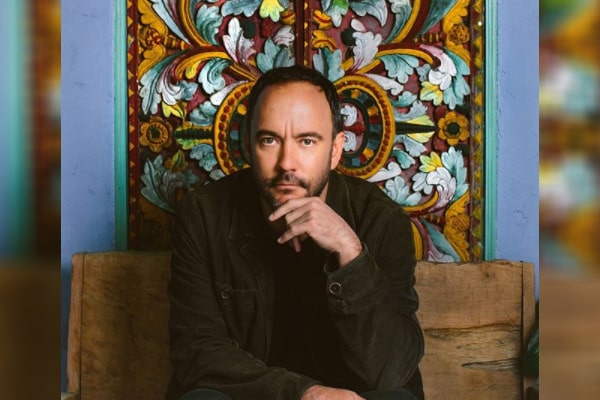 David Matthews is an American singer, musician, and actor, and record label owner. He is known as the lead vocalist and guitarist for the Dave Matthews Band. Along with music, David has appeared in several movies in different roles. Furthermore, he has won two Grammy Awards for Best Rock Vocal Performance by a Duo or Group, and Best Male Rock Vocal performance.

Having a promising career is a blessing, but a loving family with a thriving career is a bonus. And David Matthews is as lucky as it sounds as he is a doting father of three kids with his wife, Jennifer Ashley Harper. So, for now, we will be tailing Matthews’ son, August Oliver Matthews, the youngest of three.

Famous singer Dave Matthews has earned a reputation as a singer and an actor but is crowned as his kids’ best father. He welcomed three kids with his wife of two decades, Jennifer Ashley Harper, August Oliver Matthews being the youngest.

Born on June 19, 2007, August is frank and has a good bond with Dave. Furthermore, he seems to enjoy his time with his older twin siblings, Stella Busina Matthews and Grace Anne Matthews. Matthews’ twin sisters were born in 2001.

Although they are away from social media, paparazzi catch them enjoying themselves as a family every once in a while. Furthermore, Dave doesn’t use a personal account but runs a band account; we do not have much of his kids. However, he does share his son’s preferences during interviews candidly.

Moreover, judging by the interviews, it looks like Dave Matthews’ son, August, is athletic. Dave proudly announced that his kid got an interception in football and revealed that it was a great deal for him as a father.

Likewise, Matthews’ baby boy accompanied him on his tour at age 11. August then acknowledged his father’s passion for music and complimented on his performance. While talking to SiriusXM, Matthews revelead that his son said, ‘it was great to see you having that much fun, dad.’

Dave went on to talk about how grateful he felt after realizing his kids could see him play and have fun with. Well, the family of five is pretty adorable, and the father-son duo is inseparable. Let’s hope it continues, and one day we get to see August hit the road with the band of his own.

Well, Dave Matthews and his band are great, without a doubt. But it looks like his son, August, is an excellent fan of Nirvana. During an interview with Stephen Colbert, Matthews shared that his son said he liked his music, but Nivana is pretty awesome. He mimicked the grunge playing face and dainty guitar-playing face to clarify August’s comment.

Furthermore, Dave Matthews’ son likes ‘Black and Blue Birdie’ from his album. Moreover, Matthews’ children influence his songwriting process. Additionally, he seems to love talking about his music with his son, candidly. Well, the insights of August’s might motivate him to produce rad music in the future.

August Oliver’s Parents Married Back In the 2000s

Although Dace Matthews loves to talk about his kids and wife, he prefers to keep them away from the media scrutiny. Thus, he has maintained privacy regarding his family.

Well, the parents of three, Dave Matthews and Jennifer Ashley were married in 2000. The couple had dated for several years before walking down the aisle. Moreover, the lovebirds welcomed their first baby-girls in August 2001, a year after their marriage.

Similarly, they were blessed with a boy a few years later, after welcoming their twin daughters. Guess their hands were full of a twin and tours. Well, even today, the Matthews couple are still fiercely in love with one another and are enjoying their blissful marital life privately.

Even though Dave Matthews’ son, August Oliver, is away from the media’s approach, let’s hope he outshines his father, who managed to win two Grammys and sold 35 million albums.