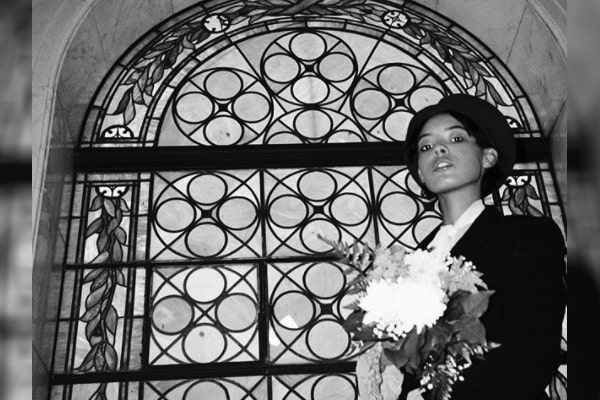 Forest Whitaker is a big name in Hollywood. The fourth black American to receive Academy Awards, Forest Whitaker has appeared in several critically acclaimed movies, including The Butler, The Last King of Scotland, Platoon, Arrival, etc.

Besides being one of the leading actors in Hollywood, Forest Whitaker is also a doting father of four amazing kids with wife, Keisha Nash Whitaker, and his previous relationship.

As of now, we shall be talking about Forest Whitaker’s daughter, Autumn Whitaker. Let’s blow your mind starting with what a fantastic person she is.

Forest Whitaker’s daughter, Autumn Whitaker, was born in 1991. However, Forest is not Autumn’s biological father. She was born from Keisha Nash Whitaker’s previous relationship with a man whose identity is not disclosed yet.

Although Whitaker is not biologically related to Autumn, the father-daughter duo is powerful.

Whitaker’s daughter was always fond of music. In an interview, she told the interviewer that she watched an animated movie, ‘Yellow Submarine’ starring The Beatles, and was hooked. Since then, Autumn decided to be a musician and got her first guitar a year after. She was eight when her obsession with music started.

Alike Autumn, her half-sibling, Sonnet Whitaker, also pursued her musical career while her younger half-sibling, True Whitaker, is studying to become a successful screenwriter and an actor. Furthermore, she has a half-brother, called Ocean Whitaker, from Forest Whitaker’s previous relationship.

Eventually, Forest Whitaker’s daughter grew up to be a fantastic singer, and her genre is ‘Rock & Roll.’ She describes her songs as ‘Rock & Roll for sad people. Sounds fun!

Autumn Whitaker decided to be serious about her passion for music and formed a band named ‘Hawk Percival and Friends.’ She met her bandmates, Dylan Rodrigue and Evan Jiroudek, while she attended the California Institute of The Arts.

The band started performing around LA and different shows. They released their first single in 2017 and are looking forward to consecutive days in the future.

Autumn’s band, The Hawk, has published four digital tracks since 2017, and all of it is awesome. When asked about the proud moment of her career, Forest Whitaker’s daughter takes pride in every moment she played for people and is thankful for it all.

Besides herself, Autumn’s father is also very proud of his daughter’s achievements and congratulates her via social media. Another major thing to mention is her name. Autumn Whitaker now goes by the name Autumn Hawk Percival and writes her music.

The Hawk takes inspiration from the trees, times of sorrow, and believes that sound is the emotional experience and a union of elements where music serves as the tool for connection. Can this sound more fulfilling?

The notable thing about Autumn is that she is building her name and does not necessarily needs her father’s identity. Furthermore, Autumn is pretty open about her depression and her formal diagnosis. She often writes music about reflection and acceptance.

The powerfully visionary woman is on the right track, and let’s hope to see her rise along with her bandmates.

Forest Whitaker’s daughter, Autumn Whitaker, is intuitive and visionary. In someway, intimidating but soft. At least this is what she represents from her Instagram posts, which is nothing but art and music and her work as an astrologer.

Autumn’s Instagram highlight is filled with reviews from her tarot reading customers, where she is often described as ‘intuitive,’ ‘powerfully visionary,’ etc. Besides amusing her audiences with her swirly voice, she sweeps them off with her tarot reading abilities.

Except for music, family, her bandmates, and her work as an astrologer, she loves her dog and refers to him as her ‘son.’

Autumn’s name seems to suit her hippie and classy lifestyle eerily. Let’s hope to hear more of her songs and her bands in the future.

The name Autumn has a Latin origin, which means Fall.