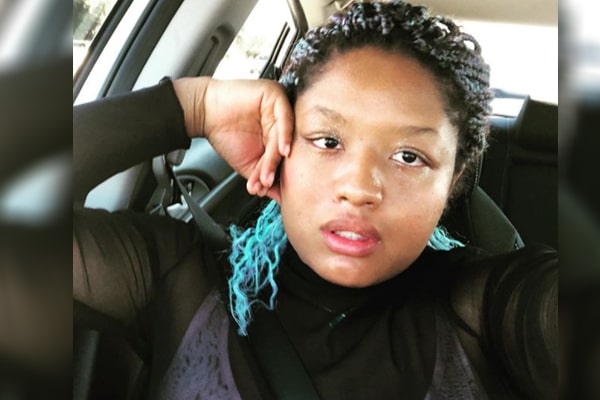 Forest Whitaker is not a foreign name in the entertainment industry. The American actor, producer, and director earned a reputation for an intensive character in films such as Fast Times at Ridgemont High, Bird, Platoon, etc.

The Academy Award winner, Forest Whitaker, has appeared in several other critically acclaimed movies and made a huge name of himself. Besides being a great actor, Forest is a doting father of four children from two different relationships. As for now, we shall be talking about the singer daughter of an actor father, Forest Whitaker’s daughter, Sonnet Noel Whitaker, with ex-wife, Keisha Whitaker.

So, let’s get your mind blown.

Forest Whitaker’s Daughter Is A Singer/Songwriter

Sonnet Whitaker was born on October 3, 1996, to The Butler star, Forest Whitaker, and actress Keisha Whitaker during their twenty-two years of marriage. She grew up with her younger sister, True.

As a grown-up, Forest Whitaker’s daughter, Sonnet, is pursuing her career as a singer and songwriter. She has been devoting herself to the musical world for a very long time. Furthermore, she released her album, ‘Mischief Grace,’ in 2013.

Sonnet Whitaker’s father, Forest, tweeted that he was very proud of his daughter’s song. Moreover, according to Whitaker’s Instagram, she released her song, Lights collaborating with Newton James.

As of now, Sonnet’s link in her Instagram has broken, so we are not sure if she is still making music. But given that her song was released in January 2020, something big must be cooking.

Besides sharing a good bond with her father, Sonnet also inherited her father’s eyes. So, let’s hope to hear more of Sonnet’s works in the future.

Has An Equally Talented Sibling

Aforementioned, Sonnet Whitaker grew up along with her sister, True. Yes, Whitaker’s parents welcomed two daughters together throughout their marriage.

After Sonnet, the former pair welcomed their second bunch of laughter and a personal gift for her.

Sonnet’s sister, True Whitaker, was born on July 2, 1998. Going through her Instagram, she seems to be an aspiring model or simply is a grown woman. Forest is a private person, and hence there is not much about his daughters’ upbringing, but they surely had a bright and fun childhood.

Moreover, Forest also has a son, Ocean Whitaker, from his past relationship. All three siblings seem to share great bonds, although True is the only active sibling on social media.

Forest and his estranged partner, Keisha, met on the set of 1994 film ‘Blown Away.’ The pair immediately connected and decided to share vows a couple of years after meeting.

The former pair, Forest and Keisha, married on May 4, 1996, amongst friends and families. Their life changed within a few months later after they welcomed their first baby girl, Sonnet. Similar to Mr. Whitaker, his former partner, Keisha, was already a mother to a daughter named Autumn.

Unfortunately, the pair’s marriage did not last long and decided to part ways from more than two decades of marriage.

Forest Whitaker filed for divorce from Mrs. Whitaker in 2018 in LA County Superior Court. Well, everything happens for good, and Sonnet Whitaker’s parents’ divorce might bring great news too.

The name Sonnet means lines of poem or verse and is of English origin.