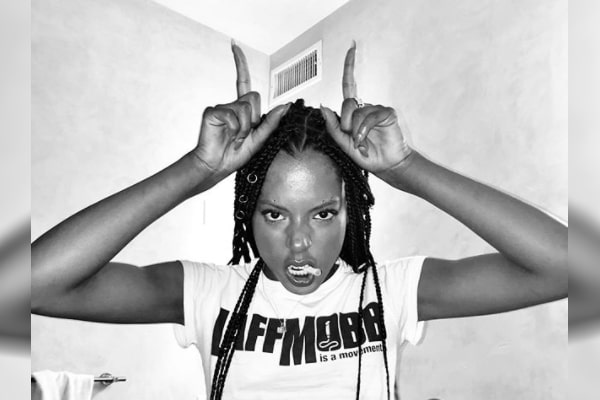 Forest Steven Whitaker is one of the most prominent names in the entertainment industry. Having worked in several blockbuster movies, including The Last King of Scotland, The Butler, Platoon, etc. Whitaker has amassed an enormous fan following and became a critically acclaimed actor.

The Golden Globe Award winner, Forest is not just a leading actor but also a terrific father of four beautiful children. He was married twice and welcomed children from two different marriages. As of now, we will be talking about Forest Whitaker’s daughter, True Whitaker, with wife, Keisha Nash Whitaker.

True Whitaker is the second member of Forest Whitaker and Keisha Whitaker’s family. Born on July 2, 1998, she grew up in the suburban Hollywood Hills without the taste of city life.

Furthermore, True was accompanied by her elder sister, Sonnet Whitaker, who is super interested in singing and songwriting.

While the truth is having an existential crisis in the world, the name True is also very uncommon. Hence, Forest Whitaker’s daughter is thrilled to share her name with Khole Kardashian‘s daughter. While talking in an interview, she said that she was delighted and felt awesome to have the same name as her.

True further revealed that having the name ‘True’ has added so much personality and is excited to see how the little girl grows too. Sweet!

The daughter of the fourth black American to receive the Academy Award, True Whitaker, is a pro at staying behind the camera. Actor/director, Forest Whitaker’s daughter, True is more into writing and hence is studying in New York University’s Gallatin School of Individualized Studies.

True Whitaker is studying screenwriting and songwriting. It looks like she is somewhat influenced by her sister, Sonnet’s singing career as well.

While talking to W Magazine, True spoke about how she’s seen different aspects of film and wants to be an actor. However, she is more into the writing side and behind the scenes.

As told above, although Whitaker’s kid is keen on writing and creating a story, she is not afraid of appearing on-screen as she had already appeared on VH1 All Acess in 2003.

Besides that, True aspires to become an actress and a screenwriter. It might just be a matter of time before we see Forest Whitaker’s kid winning hearts on the big screen.

Aforementioned, Forest Whitaker’s daughter grew up in a suburban area and did not taste the city life. Therefore, she wanted to get a taste of it as soon as she completed her school. Hence, she moved to LA and is enjoying her time.

True is very active on social media, especially on Instagram, garnering over three thousand followers. She posts her stunning photographs, which might as well make one think of a gorgeous model and share about her family.

Although True seems aloof about the world, she is pretty wise and witty. The young woman knows her agenda and fights for society and speaks up on essential matters like mental health and the ongoing ‘Black Lives Matter.’

True has a link on her Instagram that leads to a Google doc titled ”Resources to Fight Racial Injustice.’ Well, it’s the youth who needs to raise voices and fight for injustice, so True is doing it right.

So, let’s hope Forest Whitaker’s young one, True, remains authentic and true to her name. Let’s also expect to see her rise as one of the greatest screenwriters and outshine her father as an actor.  All the good wishes to this grown woman.

The name True means real, genuine, and has English origin.