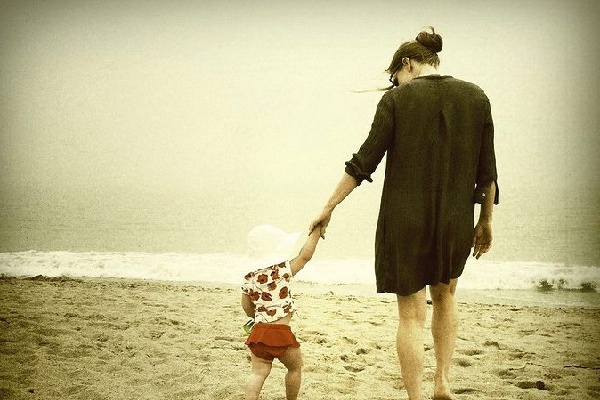 Amy Adams, born Amy Lou Adams, is a popular American actress best known for her amazing acting skills. A quick amazing fact about her: she has already appeared in annual rankings of the highest-paid actresses in the world- not once but thrice. Her achievements include two Golden Globes Awards and nominations for seven British Academy Film Awards and six Academy Awards. The acclaimed actress has given several hit movies such as Catch Me If You Can (alongside Leonardo DiCaprio), Enchanted, Doubt, American Hustle, etc.

Even after gaining much popularity from her career, the talented actress likes to keep her family life away from media attention. Amy Adams got married to painter and actor Darren Le Gallo in 2015, and the pair have a daughter together. While not much information about the young one can be found on the internet, we’ve tried to accumulate some interesting facts about her for you.

Aviana’s parents Amy Adams and Darren Le Gallo met each other in an acting class, but sparks did not fly immediately. The couple only began dating after working together on a project in 2002 and got engaged six years later. It was pretty certain that they were really into one another, but they decided to take the next step only in 2010.

You might be thinking that the next step is marriage- but you’re wrong. They decided to welcome a new life, their daughter Aviana Olea Le Gallo, on May 15, 2010. Aviana was born in Los Angeles, California, United States.

Aviana Asked Her Parents To Get Married

As aforementioned, Aviana’s parents Amy and Darren, had been together for almost eight years before Adams gave birth to Aviana. The couple got engaged in 2008 but had no plans of getting married soon. However, as Aviana got older, she wanted her daddy and mummy to get married.

On Aviana’s special request, Amy Adams and Darren Le Gallo decided to tie the knots on May 2, 2015, in California. The couple had been together since the beginning of their careers and finally got married after 13 years of dating – that also only when their daughter insisted. We can clearly see that Aviana has the most special place in their hearts, and they cannot say ‘NO’ to her.

No matter how much Amy tries to keep her daughter away from the spotlight, Aviana has found a way to make a name for herself in the world. This ten-year-old girl has already written a storybook called ‘Dinosaur Princess‘ and showcased her creative side, which she inherited from her parents. Amy Adams’ husband, Darren, was the illustrator for the book.

As interesting as the title may sound, the book has got a 4.0 rating on Goodreads. Amy Adams read out the story that her daughter and husband worked on for a campaign called Save with Stories in early 2020.

Looking at the busy schedule of actress Amy Adams, one might be curious about her daughter Aviana Olea Le Gallo’s upbringing. But there is nothing to worry about as Amy is lucky to have an understanding husband like Darren, who serves as their daughter’s primary caregiver.

As Darren Le Gallo is the primary caregiver of Aviana, it’s obvious that they spend lots of time together. They go for outings to local parks, go shopping, and go to art galleries together. And Amy Adams’ daughter, Aviana, who loves painting, is likely to follow in the footsteps of her painter father.

Keeping with the fact that Darren takes care of his daughter, it’s not that Amy does not give her time to the family. She tries to prioritize her family above work and the pair have given their hundred percent in the parenting and upbringing of Aviana. We hope to see more of Amy Adams’ daughter, Aviana Olea Ke Gallo, and her accomplishments in the upcoming days.

According to many sites, the name Aviana is of Latin origin which means “bird.” As for her middle name, Olea means word for night or moon in Old Hebrew.