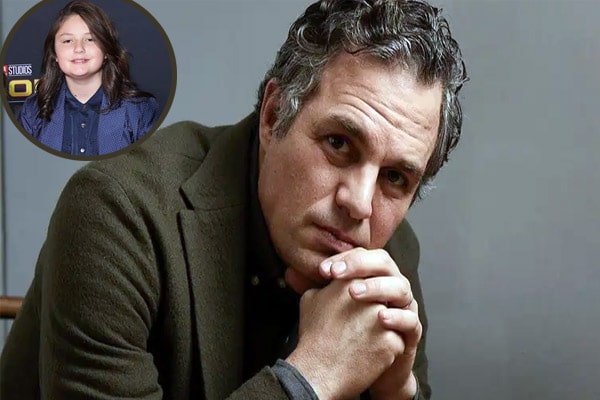 Bella Noce Ruffalo is one of Mark Ruffalo's children whom he shares with his wife Sunrise Coigney. Photo Source: Getty Images.

Talking about Bella’s parents, her father is best known for depicting the Hulk’s role in the Avenger series. Bella’s mother is also an actress, as well as an owner of Homeware Boutique. Well, without any delay, let’s know more about the daddy’s princess Bella Noche Ruffalo.

The confident middle kid of Mark Ruffalo, Bella Noche Ruffalo, is a big fan of her dad’s dressing style. She usually appears alongside her celebrity parents on the red carpet wearing outfits just like her dad. Once, the social sites went berserk with Bella’s news attending the 2015 MTV Movie Awards with her dad Mark in matching J. Crew’s Ludlow tuxedos.

Thank you @JCrew , Jenna Lyons and my pal Mickey. pic.twitter.com/Gvfy2MhBoX

Mark Ruffalo’s daughter Bella has also attended various other important events multiple times with her parents in the matching dress of her superhero father. In 2017, she appeared at Roundabout Theatre Company Spring Gala, wearing a similar two-piece like her dad.

Bella’s dressing style has made the world totally clear that her parents have let her free to choose to be herself and be comfortable in her own skin. She has made it clear that one should not wear clothing as society has deemed appropriate for a particular gender. Rather than that, one should wear what they feel comfortable in.

The adorable Bella Noche Ruffalo also seems to enjoy the company of her dad in every photo. She can be seen smiling and posing like a total boss in front of the camera.

Bella poses for the photos on the red carpet and various functions like she has been doing it her entire life, and it was her job, just like her superstar dad.

Well, not just that, the daughter of Mark Ruffalo, Bella Noche Ruffalo, is also a talented personality. She has appeared in “Thor: Ragnarok,” a 2017 American superhero film, where she portrayed the role of Sakaaran citizen in the Marvel series.

Besides appearing in Thor, Ruffalo’s daughter, Bella, and her siblings also bombed her father’s Zoom meeting while delivering his acceptance speech after accepting the Golden Globe award.

Bella Noche is a combination of two Spanish words, which translates to “beautiful night.”