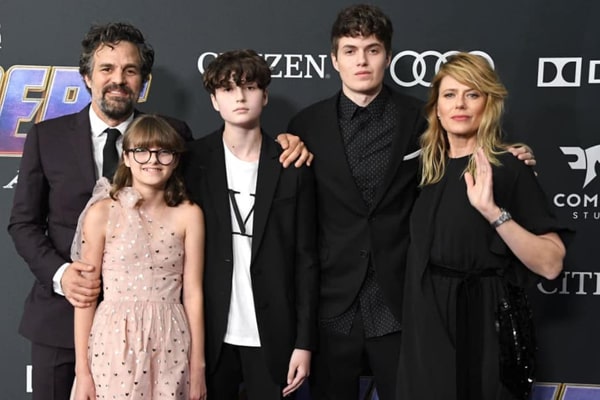 Mark Ruffalo is one of the most prominent American actors and producers in the Western entertainment industry. He first gained fame for his work in This is Our Youth. Furthermore, Ruffalo gradually worked his way to the nominations for the Academy Award for Best Supporting Actor in the comedy-drama, The Kids Are All Right.

Starting in the early 90s, Mark Ruffalo has come a long way along with his longtime partner, Sunrise Coigney. The couple has been married since 2000 and has welcomed three beautiful souls in the world.

And today, we will be talking about Mark Ruffalo’s eldest son, Keen Ruffalo, in this article. Giddy-up!

Despite being the eldest child of one of the most prudent actors and producers of Hollywood, Ruffalo’s son, Keen Ruffalo, had a humble upbringing. Born on 19 June 2001, Keen has also appeared in some of his father’s movies, including Begin Again and Thor: Ragnarok.

As a child, Mark Ruffalo’s son, Keen Ruffalo, showed up alongside his father and was predominantly raised in Manhattan, New York. Going through Keen’s Instagram, he appears to be an approachable person. The young lad loves to enjoy his time with friends and families.

Furthermore, it looks like Mark Ruffalo’s son is trying to march in his father’s footsteps as he appeared in several movies.

Aforementioned, Keen Ruffalo is the eldest child of Mark Ruffalo and Sunrise Coigney. The pair shared their vows in 2000 and welcomed Keen after a year of marriage.

A few years into marriage, the pair were excited to extend their family and welcomed their second child, a daughter, Bella Noche Ruffalo, in 2005. The youngest, Odette Ruffalo, followed in 2007.

All three siblings had a pretty good upbringing and learned about teamwork from a very young age. Despite the heavy schedule, producer/actor pa Ruffalo used to make times for his kids.

Mark Ruffalo’s son seems to be fond of his baby sisters and enjoys spending time together but rarely uploads their pictures.

Teenage is a funky age, but it is also a base to shape one’s personality. Parents must be with their children during their crucial period, such as teenagers. Thus, Avengers star, Mark Ruffalo, is not new to parental duty. However, being an actor, an activist, and a dad is not easy.

Speaking with People, Keen Ruffalo’s father, Mark, confessed that his kids are way sharper than himself at their age. He further added that they were engaged in the world. Mark justified this statement as he is also an active supporter of the massive Black Lives Matter movement.

Likewise, Mark spends his downtime with his family, cooking, gardening, and catching up with each of his children. He loves it when his children have deep conversations and share their problems with him.

Like Mark Ruffalo’s eldest son, Keen’s name, he is eager to know more about the world and explore his potential. Let’s hope we get to see him outshine Mark in the future.

Infinity Polar Bear actor Mark Ruffalo bagged his first Golden Globe award via Zoom on February 28, 2021, for his role as identical twins in I Know This Much to Be True.

Since the pandemic hampered the Golden Globes ceremony, the nominees and award winners were shown via remote video, i.e., Zoom meeting. Hence, Mark celebrated his Golden Globe 2021 win with his wife and kids by his side.

Furthermore, the Wisconsin native Ruffalo’s Keen and his siblings jumped into the shot to dance and hug their parents. Moreover, during the acceptance speech, Mark also thanked his family for being supportive.

The name Keen is of English origin, which means wise or proud.