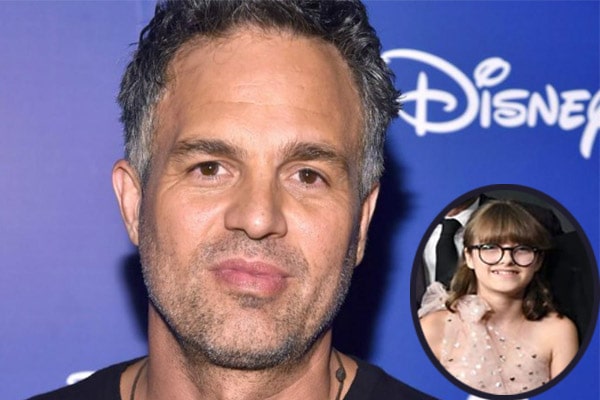 The beautiful and gorgeous Odette Ruffalo is the youngest daughter of Mark Ruffalo with his pretty wife, Sunrise Coigney. The youngest sister of Keen Ruffalo and Bella Noche Ruffalo, Odette was born on October 20, 2007, and her zodiac sign is Libra.

Mark Ruffalo’s daughter Odette is currently focused on her studies along with her siblings. Discussing her parents, Odette’s father, Mark Ruffalo, is a renowned Hollywood star, whereas her mother, Sunrise Coigney, is a former actress and an Entrepreneur. Keep reading to know more about this celebrity kid Odette Ruffalo.

The pretty daughter of Mark Ruffalo, Odette has inherited some acting skills from her dad. She showed her skill by portraying one of the Sakaaran Citizens on the 2017 American Superhero film Thor: Ragnarok. We can see Odette alongside her siblings Keen and Bella in a car scene. In that scene, Thor is taking Banner, portrayed by her father, around a crazy new place. 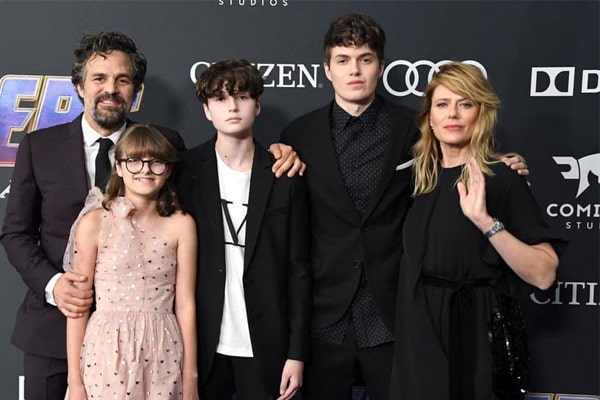 Mark Ruffalo’s kids enjoyed the experience of acting with their superhero dad. They felt contended to perform along with their father, Mark, in the Marvel comic series. Now only time will tell if Mark’s kids will continue their way in acting or not.

Late actor Heath Ledger‘s daughter Matilda and Odette, along with her siblings, all went to the Montessori School together. They visit each other’s homes often.

Odette Ruffalo Is Fond Of Arts

Apart from art, Odette also enjoys spending time with her siblings and parents. Despite a busy schedule, Mark Ruffalo spends lots of time with his daughter Odette. The Avengers star Mark keeps on posting photos of enjoying with his adorable family on his social accounts. Besides Mark’s daughter Odette, his other kid Bella, and son also attend the red carpet events alongside their parents.

Furthermore, Mark Ruffalo celebrated his Golden Globes 2021 with his kids by his side via Zoom meeting. During the acceptance speech, his kids, Odette and her siblings, Bella and Keen, jumped into the shot to dance and hug their parents.

Odette’s father also thanked his family in the acceptance speech. While talking to US Weekly in late 2019, Ruffalo revealed that his kids would ‘maybe’ step into the showbiz as he sensed some interest. Therefore, we might as well see Ruffalo’s daughter, Odette, on the big screen soon.

The name Odette is derived from the French word “Auda,” which means “Rich.”Hence, according to French and Old German origin, the meaning of Odette is “Wealth.”Odette Ruffalo is really a precious wealth of Mark Ruffalo’s family.