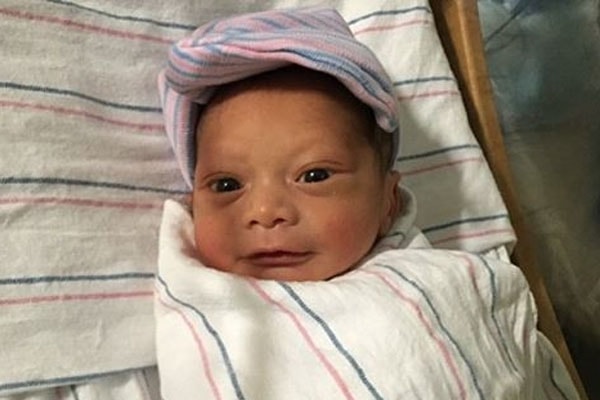 American record producer Benzino and reality TV star Althea Eaton (Heart) have had a tumultuous relationship, to say the least. They have had fallouts and arguments ever since they started seeing each other. Despite all the troubles they have had, it can be said that there has been one shining light in their relationship, and that is the birth of their son Zino Antonio Scott.

Benzino and Althea started seeing each other in 2014 and after a year of their relationship, they gave birth to their first child, who they named Zino. After a few days of his birth, the couple finally showed their lovely son to the media by releasing photos and videos of Zino and it’s safe to say that we instantly fall in love with the child, as he is cute as well as adorable.

Zino was born on November 10, 2015, at around 10 pm and weighed almost 6 lbs. And as we can see in the photos released, he is as adorable as any child ever born. He has acquired the charms of his father as well as the beauty of his mother, which makes him an almost perfect baby in terms of looks.

Both Benzino and Althea are best known for their appearances in the VH1 reality show Love & Hip Hop: Atlanta, where they fell in love with each other. The two further appeared in another reality show called Marriage Boot Camp: Reality Stars after the birth of Zino as well as in another show called The Next 15.

But as of now, Benzino and Althea have developed a strong dislike towards each other. They have had several arguments and fights over the years with Benzino even cheating on the mother of his child. Things further escalated this year as Althea was arrested for hitting Benzino on the head in front of the cops.

As of now, Zino lives with his mother Althea in Atlanta while his father lives separately after the two broke up. Althea has filed a successful restraining order against Benzino which has made it difficult for him to spend time with his son. Benzino tried to get the custody of Zino but to no avail.

Althea whereas his father Benzino already has two children. During his previous relationship, Benzino became a father to a son and a daughter named Tim and Brittney respectively.

The name Zino is a male name. Looks like Benzino took the last part of his name and added as a first name to his son’s name. As for his middle name ‘Antonio’, it has got different meaning in the different language but gives the same sense. In Latin, it means ‘worthy of praise’  and as for American meaning, it means ‘beyond praise.’ Benzino chose a great name to address his son.