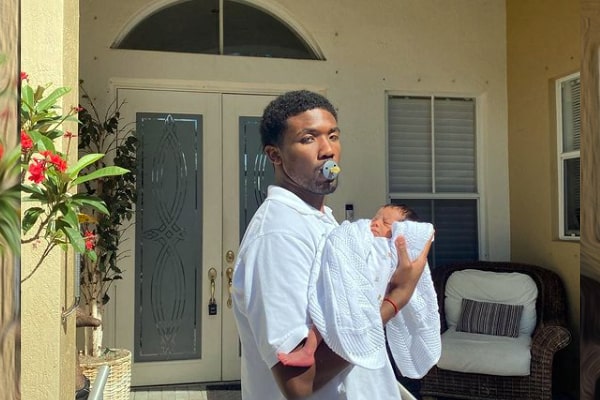 Born as Antwan Andre Patton in 1975, Big Boi is an American rapper, songwriter, and record producer best known for being a member of Outkast alongside Andre 3000. Besides being an extraordinary artist, he is also a doting father of three kids with his partner of 26 years, Sherlita Patton.

Here, we shall tail Big Boi’s son, Bamboo Patton, and his whereabouts. Did you know Bamboo is already a father himself and has welcomed a kid with his partner and has a degree in architecture? No? Read until the end to know about him in detail.

The Patton couple previously met two decades ago and got married in 2002. For over two decades, they have known one another and welcomed three kids, Bamboo Patton being their second child. The pair had embraced parenthood after welcoming their first child, a daughter, Jordan Patton.

Likewise, Big Boi’s son, Bamboo Pattom, became an older brother when his parents gifted him their youngest son, Cross Patton. As of now, the Patton siblings have grown up into the most refined versions of themselves, following their own passion.

Moreover, Bamboo’s sister Jordan has a degree in psychology from Auburn University. Likewise, his youngest sibling is into football, and he was offered scholarship offers from several universities, including NCAA Divisions.

Born as Antwan André Patton II, Bamboo Patton enjoys being together with his siblings as they’ve all excelled in their respective fields of expertise. It is confused that the mid-child is often the neglected one. However, Bamboo is loved by his siblings and parents equally as he grew up mirroring his sister’s academic success.

Outkast Members Were Present In His Graduation

Like Patton’s siblings, Bamboo Patton graduated with honors from Woodward Academy in Atlanta in May 2018. Thus, his dad, Big Boi, and his fellow rapper, Andre 3000, reunited for a concert to celebrate his commencement.

Furthermore, Outkast member Big Boi’s son, Bamboo Patton, was accepted to the New School in NYC. He is reportedly considering a degree in architecture as he earned 4.0 in his first sem. The proud daddy, Big Boi, bragged about his son via social media with the hashtag #FutureArchitect.

Moreover, Bamboo seems to enjoy his school and has expressed his joy via Twitter. He further added that the concept of the university and professors promote the diverse student body.

Likewise, he loves his time in NY as he revealed that there is no norm. Interestingly, Bamboo has already embraced fatherhood with his young partner.

Big Boi’s son, Bamboo Patton, welcomed a son, Antwan Younes Patton III, in March 2021. Furthermore, he welcomed his first child with his young partner, claiming to be ‘the female version of him.’

Although his relationship is private, Bamboo thanked his girlfriend/baby mama for showing how the complicated process can be beautiful yet excruciating at times. Similarly, Big Boi shared the big news via his Instagram, where he claimed the legacy continues.

Also, Big Boi’s grandboy appeared in several posts after the announcement. On the other hand, the new parents, Bamboo and his partner, seem to be more than ready for their new beginning with all the assistance from his parents, Big Boi and Sherlita Patton.

Thus, let’s hope we get to see Big Boi’s baby boy, Bamboo Patton, succeed in his life in the coming days and raise his child with love.

The name Antwan means priceless or invaluable worth and has a French origin. Likewise, Younes has an Arabic origin, which means dove.