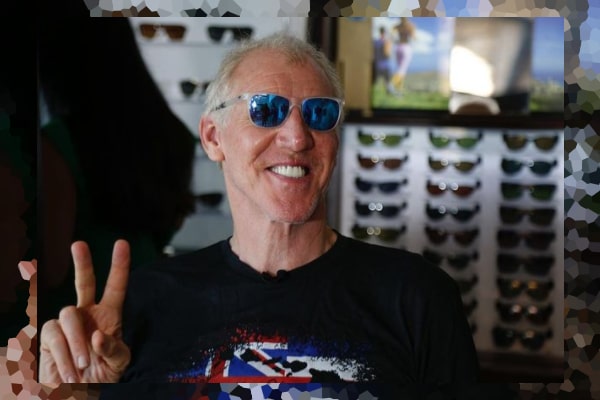 Bill Walton is one of the most celebrated icons in the NBA world. He currently works as a sportscaster carrying a glorious history behind. Besides leading his teams to finals and winning several MVPs, Bill Walton is a proud father of four sons.

Walton has welcomed four kids, Adam, Luke, Nathan, and Chris Walton. Each of Bill Walton’s sons grabbed their interested fields and are building a stable future for themselves. However, Bill Walton’s son, Nathan Whitecloud Walton, is marching higher every day like his blooming business.

Therefore, we are here to talk about Nathan’s success and discuss if he’s a billionaire.

Born To Bill and His First Wife, Susan Walton

Aforementioned, Bill Walton is a celebrated name in the NBA world. Similarly, his first wife, Susan Walton, is a massively successful parenting coach. The couple was married for ten years, from 24 February 1979 to 1989. Throughout the years, the couple shared both good and bad memories.

On top of that, the former Walton couple’s marriage resulted in four beautiful children, Nathan Walton being the second child in the family who was born on the 14th of January, 1978. Furthermore, it might be a little exaggeration, but Bill Walton’s sons are massively successful individuals in their respective fields.

For instance, Nathan is a businessman who managed to make a great deal with the company, while his other kids, Adam Walton, Luke Walton, and Chris Walton, are thriving as coaches. Besides professional success, Nathan Walton is pretty close to his siblings and vice versa.

Bill Walton’s son, Nathan Whitecloud Walton, has maintained his privacy. Thus, he isn’t present in the public domain and rarely makes controversial comments. However, he tried to walk in his father’s footsteps until college years but decided on pursuing business professionally.

Well, Bill Walton’s kid, Nathan, aka Nate, came into the spotlight after his groundbreaking deals of $1 billion in 2017. During an interview, Nate Walton talked about providing capital to companies that already have assets with strong management teams. Hence, a partner in the private-equity group at Ares Management LP, Nate, managed to make a billion-dollar deal because of his strategic and competitive nature.

Raised in San Diego, Nate majored in Politics at Princeton University. He further holds an MBA from Stanford University that deals with international development.

Along with the reputable business deal, Bill Walton’s son, Nathan, also serves on the Board of Directors of Development Capital Resources, LP, Salt Creek Midstream LLC, and the parent company of BlackBrush Oil & Gas LP. Since a great deal, Nathan Whitecloud Walton’s net worth must have grown massively.

Also Read: Here Meet All Of Alvin Gentry’s Children, 2 Sons And A Daughter

Ran for California’s Governer Under The Independent Ticket

Aforementioned, Nate majored in Politics at Princeton University. Therefore, would it sound weird if you heard him running for California’s governor under the independent ticket in 2003? Guess no, because he did.

Moreover, Nate was a first-year student at the Graduate School of Business when he ran as an independent candidate during California’s recall election of Gray Davis back in 2003. Growing up to the stories of Ronald Reagan and Richard Nixon, Nate’s interest in politics is pretty understandable.

The former basketball star at Princeton, he took the candidacy seriously but was interfered with by his dreams of getting a Ph.D. in international relations at Stanford. Except for all the hurdles, Mr. Nate Walton, aka Nathan Whitecloud Walton, is enjoying a thriving career as a businessman and helping a company increase.

The name Nathan is of Hebrew origin, which means ‘Gave.’