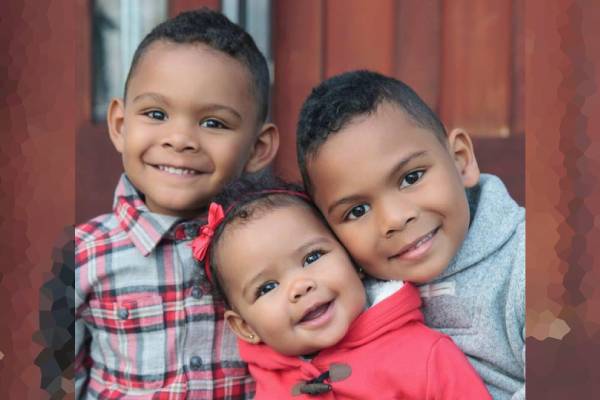 If you are the ones that keep daily updates on NFL games, then you might be familiar with the name Brian Francisco Flores, also known as Brian Flores. He was the head coach of the NFL team Miami Dolphins from 2019 to 2021. In addition, Flores was an assistant coach for New England Patriots for a decade and helped both teams win several matches. The 40-year-old NFL coach is one of the famous coaches in the sports industry.

With his involvement in the NFL world, Brian and his family have come to the limelight. As a result, many sports enthusiasts have shown interest in his family life. The former Dolphins coach has three kids with his wife of over two decades. So, why not learn more about Brian Flores’ children, and see how they are growing up.

Brian Flores’ Sons With His Spouse

As mentioned earlier, NFL coach Brian Flores shares three kids with his wife, Jennifer Maria Duncan Flores. The married couple had met for the first time when they were in Acapulco for a spring break one year. They walked down the aisle in the spring of 2009, and since then, the lovely pair have been enjoying their blissful marital life. Moreover, the married couple has also welcomed two sons and a daughter.

Brian Flores’ sons are Maxwell Flores and Miles Flores. However, when and where the boys were born is unclear.

Although Maxwell and Miles’ mom has shared numerous pictures of them on her Facebook, she has not disclosed any other information regarding their birthdays and schools. Nevertheless, the boys seem to be doing great for themselves and are living a wonderful life.

Daughter Was Born A Day After His Team’s Victory

Among Brian Flores’ children, his daughter Liliana Flores is the youngest one whom he and his wife welcomed in January 2017. But what made her birth even more special is she was born exactly a day after her father’s team, the New England Patriots, won the divisional-round playoff game against the Houston Texans.

Liliana Flores’ mom, Jennifer Duncan, had also attended the game. But around halftime, her water broke, and she had to leave the Gillette Stadium. Upon knowing that she had left the stadium, Liliana’s dad informed the team’s head coach, Bill Belichick, about the situation, and the coach asked him to be with Jennifer.

On the other side, Jennifer was in an ambulance for the hospital, and on the phone, she assured brian that she was not having contractions. Furthermore, she also asked him to stay until the match was over. After his team gained the victory, Liliana’s dad made it to the hospital, and the little one was born the next morning.

The birth of Liliana became a win-win situation for the NFL coach as his team won the playoff game, and he became the father to an adorable daughter. Moreover, as the youngest one in the Flores family, her parents and elder siblings must be pampering her a lot.

Brian Flores’ kids are growing up in a football environment as he has been involved in the sport for a long time now. He is the luckiest person indeed to have a supportive wife and kids. Maxwell, Miles, and little Liliana often make their appearance in different matches and events of their dad.

Furthermore, Brian Flores’ children might also follow in his footsteps. Seeing their dad on the NFL field, they might have developed some interest in the sport. If they did, Brian might help them to become the best players.

Nevertheless, let’s hope Brian’s kids have successful careers in the coming days. Plus, we hope to learn more about them in the near future.

The name Maxwell has an English origin, and it means From Mack’s Spring.

The name Miles has a Latin origin which means Soldier.

Furthermore, the name Liliana has an English origin and it means Combination of Lily and Anna.