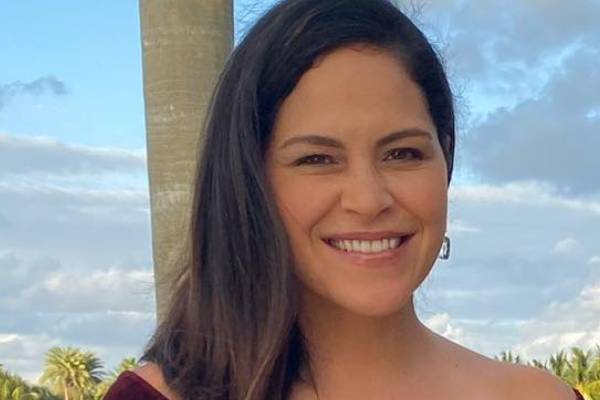 Brian Francisco Flores, also known as Brian Flores, is one of the famous NFL personalities. He is the former coach of the National Football League (NFL) team Miami Dolphins. Since 2008, he started his NFL career by working as an assistant coach for the New England Patriots and is still very active in his career. In all these years of his profession, he has earned an enormous net worth to his name, and at the same time, has gained immense fame and worldwide prominence.

Since the beginning of his NFL career with the Patriots, Brian and his family members have come to the limelight. Several NFL fans are curious to know more details about the former Dolphins coach, Flores. He is a doting father of two sons and a daughter whom he shares with his spouse, Jennifer Maria Duncan Flores. Thus, in this article, let’s learn more about Brian Flores’ wife and their marital life.

The Pair Met During College

As mentioned earlier, the former Dolphins coach, Brian Flores, is happily married to Jennifer Duncan. The duo met for the first time while they were at college. Interestingly, the couple were from different colleges and had their first encounter while they were in Acapulco for spring break one year.

Jennifer Duncan’s then-boyfriend had spotted her on the balcony of the bar. He had pointed her out to his friend Mike Miller and declared that he would marry her. Well, his declaration turned out to be right. They dated for a while, and in spring 2009, the lovebirds tied the knot.

Since then, the married duo has been enjoying their marital life. Their marriage has grown stronger with the days passing, and Brian and Jennifer even welcomed three kids together.

Went Into Labour During An NFL Games

Since 2009, Jennifer and her husband have been living a happy life together, and they even became the doting parents of three children. Brian Flores’ wife, Jennifer, gave birth to their sons, Miles Flores and Maxwell Flores, first. However, the date and year the boys were born have not been revealed yet.

Jennifer and Brian Flores’ daughter, Liliana Flores, is the youngest child of the couple. While she was pregnant with their little girl, Brian’s spouse went into labor in January 2017. At that time, she was at the Gillette Stadium watching the game between the Patriots and Houston Texans. She left the stadium around halftime after her water broke.

Jennifer Maria Duncan Flores’ husband later revealed that the Patriots head coach Bill Belichick encouraged him to go with her. However, she called Brian from the ambulance to assure him that she was not having contractions yet, and asked him to finish the game. Brian did what she said, and after his team claimed the victory, he went to the hospital. The following day, their daughter was born.

The Flores family are doing great for themselves, and they often go on vacations to different places. For example, in June 2018, Jennifer and her husband took their kids on a trip to Cancun. She later uploaded photos from the holiday showing that they had a good time.

Also Read: Learn About Kiki Layne’s Family Including Her Siblings And Parents

Brian Flores’ wife, Jennifer Flores, attended the College of the Holy Cross from 1999 to 2003. However, she has not revealed her major. Moreover, she worked at Foxborough Regional Charter School as a Spanish teacher. According to Heavy, she was listed in a course catalog for the 2009-2010 school year. Her name appeared on page six in the middle and high school Spanish Department.

Jennifer appears to have left her teaching job after the 2010-2011 school year. In September 2011, she tweeted about her first day at the new job and her excitement to meet new students. However, Brian’s wife has not revealed anything about where she works now.

First day at the new job tomorrow! Can’t wait to meet all of my students!

Brian’s spouse once uploaded a photo with their son and one of her friends commented asking her to get back to work. To which, Jennifer jokingly replied that she did not want summer to end.

Jennifer must be earning significantly from her profession and doing great at her work. Moreover, she is a supportive wife and is one of the most influential people in her husband’s coaching career and his role in their community. She also regularly attends several games of her husband’s team.

Brian and Jennifer are living a comfortable life together. Let’s hope their marital life continues to flourish and they live happy life forever.