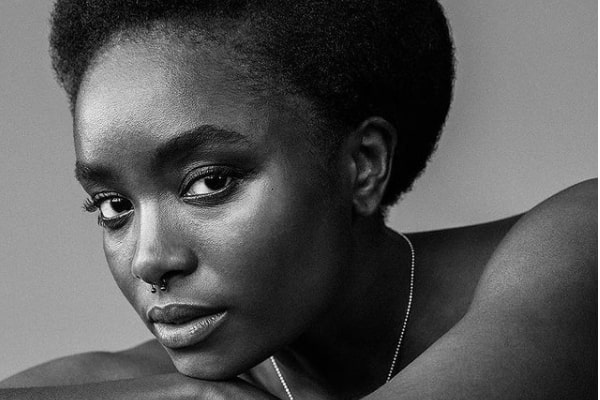 Kiandra “KiKi” Layne, better known as KiKi Layne, is an American actress and upcoming Hollywood star. The Ohio native had her break-out performance in 2018’s If Beale Street Could Talk.

The 29-year-old has also starred in movies like Coming 2 America, Old Guard, Native Son, and Captive State, to name a few. Working alongside star talents like Eddie Murphy, Charlize Theron, Ashton Sanders, and Stephan James, very little is known regarding her personal life.

Four Members In The Family

Including her, KiKi Layne’s family consists of four members, i.e., her mother and two brothers. Both the brothers of the Old Guard actress are happily married and have their own family.

As for their mother, Sandra Layne has been the father figure of the household and the main provider. The mother of three is loved by all her children and she is proud of them, especially her youngest one, KiKi.

KiKi Is The Youngest In The Family

Kiki who is a BFA graduate from DePaul University has two elder brothers looking after her since she is the youngest in the family.

Both of them are well settled, although their names are not made public.

We can assume the one with the beard looks the oldest.

Regardless of everything, the 2019’s Black Reel Award winner has never mentioned her father. As talked about earlier, KiKi Layne’s family was under the hands of motherly love.

We are not sure whether her father and mother are separated as the matter remains undisclosed. Even so, Sandra Layne has never failed her duty and also in providing for her family.

This has led the three siblings to appreciate their mother more and are always grateful for her contribution to their growth. Their mother was/is their biggest support system.

Inspired By Her Mother For Acting

Since the Layne household had no father to look up to, KiKi Layne’s mother, Sandra Layne, was her main motivator and inspiration.

The one-time rumored girlfriend of Michael B. Jordan had no background in the acting industry and was inspired by her mother to pursue it as a career. By the age of 7, the talented actress had already acted in her school plays and became fond of the art.

KiKi Layne’s mother would even guide her to join the Theatre School at DePaul University, where she improved her acting skills. The actress has also attended school for creative and performing arts.

Took Her Mother To The Oscars

Since she was inspired by her mother to pursue a career in acting, KiKi Layne took her mama to the 2019 Academy Award as her date.

The award-winning actress was very much vocal about the scenario and even took social media in expressing her feelings. She is seen expressing her thankfulness to her mother for her sacrifices and always being by her side.

The talented actress was blessed to bring her mother to one of the most prestigious movie awards, though she wasn’t a nominee.

KiKi Layne, A Star In The Making

The African-American culture in Hollywood is thriving like never before. Accomplished directors like Spike Lee, Ava DuVernay, and Jordan Peele always provide the big stage for upcoming talents.

As for KiKi Layne, she is finally starting to get more big-screen opportunities. Since she is the only one with the celebrity stature in her family, all remaining members are her biggest fan and support.

KiKi Layne Has Some Advice for Hollywood https://t.co/X9JSmopyOc

There are also instances of the Lion King-loving actress bringing her brothers to the shooting set.

Regardless of everything, KiKi Layne’s family are in good hands and enjoying life living like regular people. Despite the involvement of the youngest one in the showbiz industry, the other members are private about their lives and prefer to stay away from the spotlight.

We wish the best for KiKi Layne’s mother and brothers to continue living happily and also for her career.