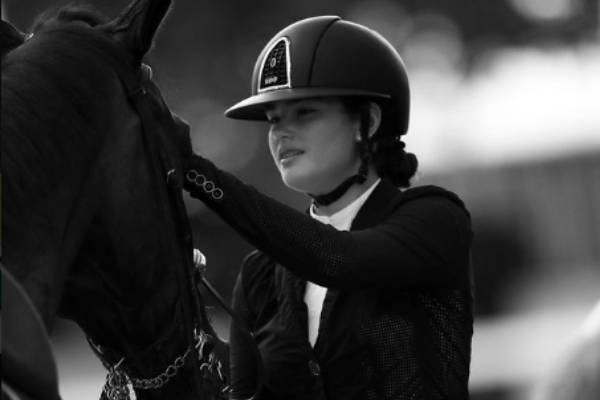 Santos Saul Alvarez Barragán, better known as Canelo Alvarez, is without a doubt one of the best boxers in the world. Alvarez has established himself as a prominent figure in the sport by winning world titles in four different weight classes. Moreover, he is also the first boxer to be crowned undisputed super-middleweight champion.

So, to no one’s surprise, Alvarez has kept details about his personal life hidden from prying eyes. Consequently, not much information regarding the boxer’s children is available online. As a result, those who have developed an interest in Canelo Alvarez’s personal life are left empty-handed.

So, to make things easier for the admirers, let us learn about one of Canelo Alvarez’s daughters, Emily Cinnamon Alvarez, in this article. Furthermore, let us find out about her whereabouts and know what she is up to at the moment.

Canelo Alvarez welcomed his first daughter Emily Alvarez with his high school sweetheart Karen Beltran. Emily’s father was only 16 when he first found out that he would become a father. However, unlike most teen fathers, Canelo did not run away from his responsibilities. Instead, he rented a house for his then-girlfriend, looked after her, and cared for her needs.

The ex-couple then welcomed their daughter on October 12, 2005. Unfortunately, Emily Alvarez’s parents separated soon after, following which her mother raised her. Likewise, Canelo’s hectic schedule stopped him from seeing his daughter. So, even though the father and daughter spoke on the phone every day, the boxer found it challenging to dedicate his complete attention to his little princess.

Still, in an interview, Maria’s father admitted that he wanted to give the world to his daughter. However, he soon realized that giving his child everything she asked would only make her reliant on him. So, while Canelo Alvarez’s daughter still enjoys a comfortable life, the boxer has instilled in her the value of hard work and self-sufficiency.

Similarly, Canelo and Emily have developed a strong bond over time, and the pair can be seen supporting each other in their respective matches. Moreover, the boxer often praises his daughter on Instagram, and she frequently pops up in his feed. Looking at the pictures, it is clear that Emily is content with her current family situation.

So, for the time being, let us send our best wishes to Alvarez’s kid and hope that her bond with her family only grows stronger with time.

Has Half Siblings From Her Father’s Side

While Canelo Alvarez’s eldest daughter has no siblings of her own, she does have half-siblings from her father’s relationship with different women. After separating from Emily’s mother, Canelo got engaged to 2003 Miss Universe, Marisol Gonzalez, in 2010. Unfortunately, their relationship did not last long.

He then dated Valeria Quiroz. Moreover, sources claim that the boxer and Quiroz have a daughter named Mia Ener Alvarez. Yet, Emily’s father has never acknowledged his daughter with his ex-girlfriend and claims only to have two daughters. As a result, it’s uncertain whether Mia is his daughter.

The world champion then welcomed son Saúl Adiel Álvarez and daughter María Fernanda Álvarez with different woman in the span of a year. Moreover, the boxer is currently married to Maria’s mother, Fernanda Gómez.

Canelo Alvarez’s daughter is close to her half-siblings and even shares a special bond with her stepmother. The family often spend time together and recently even posed for Caras Mexico magazine.

Additionally, Canelo has shared numerous pictures of his kids on his Instagram account. Even at first glance, the siblings appear close and have a tight relationship. Furthermore, it is evident that they enjoy spending time together. Similarly, Canelo’s children are frequently seen in his fights.

So, let us wish the boxer and his family the best for now and hope that their happiness grows over time.

Talking about Emily’s professional life, she is an equestrian who has competed in many international tournaments representing Mexico. Moreover, Alvarez’s kid also participated in the North American Youth Championship. Furthermore, she also came 15th in the Continental/Regional Championships in 2021.

Although Emily has yet to win a huge victory, there is little question that her accomplishments will bring her worldwide fame in the coming days. Furthermore, the celebrity child has a wonderful father who owns a ranch with roughly 50 horses to guide and assist her.

While the equestrian’s career is flourishing, little is known about her personal life and affairs. In addition, the celebrity kid has never spoken publicly about her relationship status. Furthermore, there is no indication of Emily being in a relationship in her social media accounts. However, Canelo’s child may be keeping her boyfriend away from the limelight.

Whatever the case may be, it looks like Emily is focusing on her career for the time being. So, let us wish Canelo Alvarez’s daughter the best for the future and hope that her career thrives as the years progress.

Derived from the Roman surname Aemilius, Emily is a female name that can mean either striving, excel or rival. Similarly, Cinnamon is a common name that means spice.