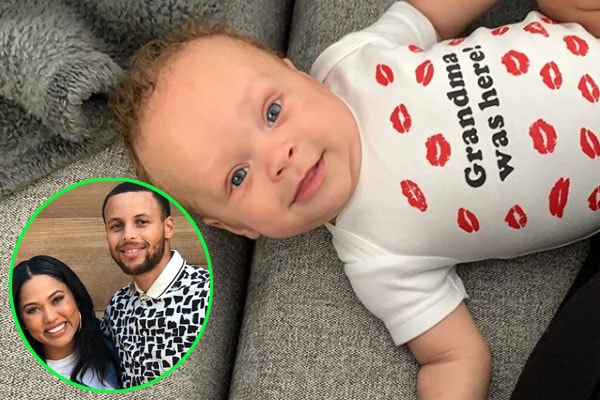 Everyone Is Irresistibly In Love With The Youngest Curry Canon

The arrival of NBA superstar Stephen Curry’s son Canon Wardell Jack Curry has brought a spark in Curry family. Just like his older sisters Riley and Ryan, he is also adorable, and he is already famous over the internet. The two sisters Ryan and Riley are so in love with their baby brother Canon. We can assume from the look upon their face that they feel blessed to have their baby brother. They must be excited to have one more partner in crime.

The basketball star Stephen and his soulmate Ayesha have shared numerous photos of baby Canon on their social media accounts. All of his pictures are heart melting, and fans cannot hold themselves back from commenting. The Curry couple keeps their fans updated about little Curry Canon through the Instagram post. It seems like the couple has no problem with their children’s privacy which is the reason why they are already famous.

Ayesha Curry has posted one picture on her Instagram where the Stephen son and dad can be seen cozily cuddling on the couch watching golf. She has written a caption saying that Stephen cannot wait to get their son on the course. Time will surely reveal what the little Curry will get his hands on. All the fans are probably wishing that he follows the footsteps of his superstar dad Stephen.

Stephen Curry’s son Canon W. Jack Curry has a special meaning of his name. It is surprising that the couple picked out the name on their honeymoon back in 2011. Canon is a French name which means the young wolf. Since the Curry couple’s favorite place is France, they picked a French name for their son. It also means ‘official of the church.’