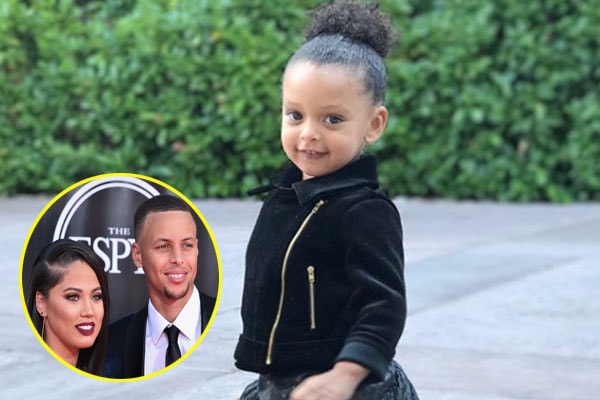 The basketball superstar Stephen curry and actress Ayesha Curry have other two adorable children. Their eldest child is a daughter named Riley Elizabeth Curry, and they have a son named Canon W. Jack Curry as their youngest one.

Stephen Curry and Ayesha Curry have been blessed with three cute children. Ryan is the second child and second daughter of her parents. We can say for sure that Ryan’s parents feel lucky to have her as their second child as we can see both Stephen and Ayesha constantly keep sharing her pictures on their social media.

Although Stephen Curry’s daughter Ryan does not have any social media, she is quite famous all over the Internet ever since she was born. Not only her parents share her adorable pictures on their social media, but fans also don’t miss a chance to share this cute girl’s picture. She has been getting all the love from the fans. She even got to celebrate her first birthday in Hawaii back in 2016. Such a lucky girl to have been born in the Curry family!

The lovely Ryan has a special bonding with her sister Riley. From the posts their parents share, they can be seen doing fun activities together. That is what sisters are for right? They also love to watch their father’s game together and cheer for him. Stephen has raised such supporting daughters who everyone wishes to have.

Ryan is specifically a name for a boy which means little king. However, the name is used for a girl as well. Similarly, the name Carson has a Scottish origin which means Carr’s son.