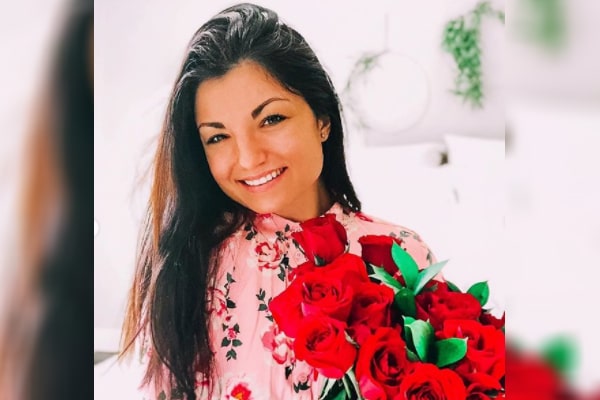 Starting his career in 1986, Butch has been enjoying a successful career. Besides being a successful animator, producer, etc. he is also a proud father of two daughters with wife, Julieann Hartman. Thus here are a few facts you need to know about Butch Hartman’s daughter, Carly Hartman, with long-time partner Julieann.

Butch Hartman’s daughter, Carly Hartman, is a digital marketer at Ramsey Solution. She has been working in the company since February 2020. Besides, she is also associated with Luxury Experience & Co. as brand manager since late 2019.

Furthermore, Hartman’s kid also served as marketing director for Vision Possible from October 2018 to January 2020. Similarly, she also worked for her father as a senior brand manager for four years.

According to Carly Hartman’s site, she started her business endeavors at the age of 17 and has three businesses, including a digital marketing agency called CLOUD MGMT. She further teaches her skills via social media and online courses.

Like Carly Hartman’s father, Butch, she is also an author. Taking tips from her father, she wrote a book named The Best Day Ever, which incorporates s 21-day challenge to find the best every day.

Hartman’s book was published in March 2019. Aforementioned, Carly expects her readers to repeat the challenges until it becomes a natural thing and reflect on daily challenges. Likewise, she also has a podcast for her book, where she quotes her writings.

Carly Hartman is doing well for herself and aspires to make the world better for people. Let’s hope she continues to write like father Hartman, who has published several books.

Besides digital marketing and being an author of a book, Butch Hartman’s daughter, Carly, has also been a micro-influencer. Garnering 23k followers on Instagram, she possibly has managed to make a part-time income from her lifestyle blog.

Carly boasts about the paycheck she receives as an influencer and hence created a course called Micro but Mighty. Carly teaches how to earn money and free products via their space on the internet and invest in micro-blog. She further guarantees to share her skills to raise any microblogs to macro.

Butch Hartman’s daughter, Carly, makes quite a penny via her endeavors. Graduating from Moorpark College with an Associate’s degree for business administration and management, she volunteered as a social media manager for Watersprings ranch for four years from September 2016.

As stated above, Butch Hartman’s eldest kid is a micro-influencer with over 20 thousand followers on Instagram. Besides that, she also runs a successful YouTube channel with almost seven thousand subscribers and thousands of views.

Well, the YouTube craze runs in the family as Butch has a channel with 832k subscribers. At the same time, Carly’s mom, Julieann’s Instagram leads to a YouTube channel called Hartman House, and her sister, Sophia, is also a YouTuber.

Butch Hartman’s baby girl is a firm believer in inner beauty. Therefore, she founded Peagent360 that aims to empower young women. Pageant 360 is further believed to enable teens to be influential leaders.

What an honor it was to host our first ever @pageant360 Uganda! We love these African beauties! 👑💕✨#Pageant360 #MoreThanAPageant pic.twitter.com/qxTx82AuQy

Apart from beauty, the pageant contest dealt with inner beauty and celebrated being a woman. Carly made girls go through innovative training and motivated them to be better. The competition took place a few times before it’s site says ‘FOR SALE.’

The Eldest In Hartman Family

Butch Hartman is a faithful man and a hardworking person too. He married his wife, Julieann Hartman, in 1992 and has been blissfully married since.

Aforementioned, each member of the Hartman Family has their YouTube channel, including Carly Hartman’s baby sister Sophia Hartman. She garners more than two thousand followers on Instagram and almost a thousand subscribers on YouTube.

Well, the sibling love between Carly and Sophia is adorable. They were close since their childhood and maintains the bond even today. Let’s hope the affection continues till eternity.

Carly Hartman is committed to her career and is determined about empowering youths for their endeavors. She has successfully held several workshops with a decent amount of audiences.

Furthermore, Hartman’s podcast also has good listeners as she enjoys sharing a piece of wisdom with people. She thinks that the right way to remind ourselves each day is to live life to the fullest. Hence, she further claims to be passionate about encouraging people/listeners to not take life for granted.

The name Carly is a Gaelic name, which means a small champion.