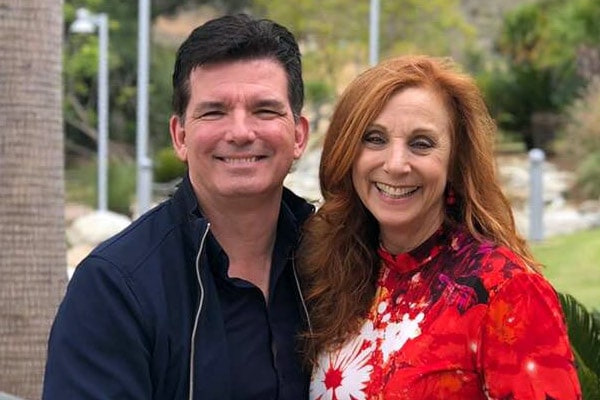 Married To Butch Hartman Since 1992

The former standup comedian, Butch Hartman, and his lovely wife, Julieann Hartman, have been married for twenty-eight years. The jolly couple met for the first time in a standup comedy club.

At the time Butch met Julieann, he was doing standup comedy and so was his present wife. They fell in love and started dating since then. Butch took the wedding vows with Julieann in a private marriage ceremony on 10 May 1992.

The marital life of the Hartman couple is going entirely well. They are so contented with their marriage that they never hesitate to share their photos on their Instagram and Facebook wall. Both Butch and Julieann’s social media pages are full of their partner’s pictures, clearly showing their contentment as husband and wife.

As mentioned earlier, the lovebirds, Julieann, and her long-time husband Butch, are proud parents of two grown-up daughters.

The first-born of the Hartman couple is Carly Hartman, an Instagram star and a YouTuber. Professionally, she chose to be a Digital Marketer at Dave Ramsey’s Company, Ramsey Solutions. Besides, Butch Hartman’s daughter is also an author and a Luxury Experience & Co brand manager.

Similarly, Julieann and Butch’s other daughter is Sophia Hartman, a YouTuber like her parents and sister. Additionally, she is also an actress who performed in an episode of Sanders Sides in 2017.

The incredibly-loving daughters of Julieann and Butch play a significant role in their life. Not just as a member of the family but also in their profession and philanthropic endeavors. Currently, the God-fearing Hartman family resides in Bell Canyon, California.

Julieann Hartman’s husband, Butch Hartman, is a famous figure of the American Entertainment Field. He was fond of creating cartoons since his kindergarten days. Later, he flourished in drawing through high school. Likewise, he studied Animation in Cal Arts. Due to Butch’s sheer dedication and focus, he succeeded in becoming a world-known cartoon director and animator.

Butch Hartman’s wife, Julieann, is also talented, just like her celebrity husband. She has tried her luck in several career paths in her life up to this point. Julieann is a former actress and an executive producer. Moreover, she was a material supervisor on the game show Jeopardy. Also, she was a fitness trainer, personal assistant, producer, and director.

Julieann and her match are also the co-founders of a non-profit organization, Hartman House. The lovely couple founded the organization in 2005 to develop the most poverty-stricken areas in the United States. To date, their organization has built two homes for families in Guatemala, funded several schools, and fed over 7K families in the U.S.

The Hartman couple’s endeavors do not end there. Julieann and Butch are preparing to create an entertainment platform called Oaxis Entertainment. It is a family-focused subscription-based network which will be available in 2021.

Apart from being a past actress, producer, and a fitness trainer, Butch Hartman’s wife is also an author. She co-authored the book Vision Possible: Believe, Conceive, Achieve with her beloved husband. Their book is especially for those people struggling to find a new sense of purpose and move forward in their life.

Diagnosed With Fibromyalgia In The Past

The founder of The Healing Journey Conference, Julieann Hartman, was diagnosed with Fibromyalgia, an auto-immune disease. The Hartman family spent hundreds of dollars on her treatments and therapies. Still, she did not get better.

According to Julieann, she sought help from Jesus to be free from the horrible symptoms resulted from the disease. And, Julieann says that she got miraculously healed too, and she is completely fine in the present.

Hence, with a great belief in Jesus and his power, Julieann and her whole family give motivational speech worldwide with the event Healing Journey. Their event includes testimonies, worship, and prayer.