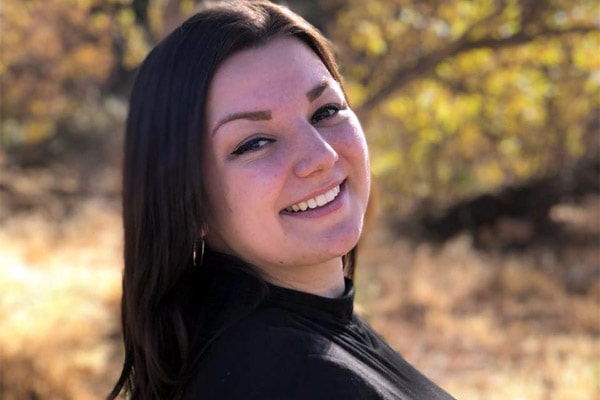 Butch Hartman is an extremely creative animator, creator, producer, and actor. He is best known for four shows in Nickelodeon: The Fairly OddParents, Danny Phantom, T.U.F.F. Puppy, and Bunsen is a Beast. When Hartman is not busy making cartoon magic, he utilizes his time in philanthropic works.

The screenwriter of the TV series The Powerpuff Girls, Butch is a family man with a loving wife, Julieann Hartman, and two beautiful children. Here, meet one of Butch Hartman’s daughters, Sophia Hartman, and indulge yourself in some of her unrevealed facts.

Second-Born Of Butch Hartman And Julieann

The former stand-up comedians, Butch Hartman and Julieann Hartman met for the first time in a stand-up comedy club. The duo stayed in a romantic relationship for some period before taking the wedding vows in 1992.

Butch Hartman welcomed his daughter, Sophia Hartman, on 21 December 1997. Growing up, she attended the Agoura High School, Agoura Hills, CA. After completing high school in 2016, Sophia enrolled in Charis Bible College, Woodland Park, Colorado, where she graduated from in 2019.

The follower of Jesus Christ, Sophia, is the youngest daughter of Butch Hartman with his long-time partner, Juliann Hartman. Besides, they have one more daughter, two years older than Sophia.

Butch Hartman’s daughter, Sophia, is a blessed younger sister of Carly Hartman, an entrepreneur, and a motivational speaker. Moreover, she is a YouTuber and a micro-influencer.

Furthermore, Sophia’s sister, Carly, has several businesses under her belt by the age of twenty-five. Carla’s zest for life is highly inspiring, impacting the vibrant generation of young people living around her.

Sophia has a great bonding with her sister, Carly, and her parents. They are very close to each other that sometimes they mention each other as best friends on their social media pages. The Hartman siblings share photos with their families almost regularly on their social networking handles.

According to the Linkedin profile and Instagram of Sophia, she is a spirit-filled doula or nanny. Sophia provides guidance and support to the mother of a newborn baby around the Calabasas, California area. She falls in one of the most preferred nannies in the Calabasas area.

Apart from taking care of the newborn and toddlers, Sophia is also a great help at the time of delivering a baby in times of emergency. According to Sophia, she helped in the delivery of her best friend’s baby on a plane!

Furthermore, when Sophia is not occupied with her work as a doula, she goes live on her parent’s initiation, Healing Journey‘s YouTube and Facebook, with her mom and dad.

Moreover, Sophia is an actress who performed in the American Musical Comedy Series, Sanders Sides’ one episode, in 2016.

Furthermore, like Carly, Butch, and Julieann, their youngest family member, Sophia, also has a passion for YouTube. Although she joined YouTube in 2013, she began uploading vlogs only after her high-school in 2016.

Moreover, Sophia regularly uploads videos of her adventures in various places, fun times with her family and friends, etc. on her YouTube Channel.  Don’t miss to watch Sophia telling some facts about being Butch Hartman’s daughter above.

The feminine given name Sophia originated from Greek, which means Wisdom.