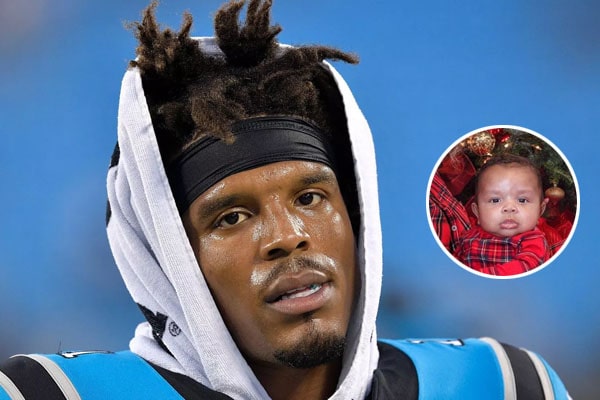 Born as Cameron Jerrell Newton, Cam has established himself as a fantastic player. Apart from the dazzling sports stardom that Cam created with his skills and hard work, he was also in a longtime relationship with Kia Proctor. Even though they weren’t married, they had great companionship. The ex-couple is blessed with four kids, sons Chosen Sebastian Newton, Camidas Swain Newton, Cashmere Saint Newton, and a daughter named Sovereign-Dior Cambella Newton. Unfortunately, the couple broke up, and Cam Newton allegedly has been seeing model La Reina Shaw with whom he allegedly has a baby.

However, let’s know about Cam Newton’s son Cashmere Saint Newton, the youngest one who was born in 2019.

Cashmere Saint Newton‘s father Cam Newton is a  football quarterback for the Carolina Panthers of the National Football League. And his mother, Kia Proctor, is a former model who used to work at a well-known strip club, Washington DC Stadium Club. They dated for a long time as they were first seen publicly back in 2013.  In those years of togetherness, they became parents of four beautiful kids. However, it all became shattered after it was speculated that Cam has a secret baby with Instagram model La Reina Shaw.

Cashmere’s parents have broken up and are battling for  joint custody of Chosen, Sovereign, Camidas, and Cashmere.  However, Cashmere is very small who needs a mother’s warmth the most. And it seems like baby Cashmere Saint is living with his mother Kia instead of papa Cam. We hope it’s just a speculation, and Cashmere also spends time with his dad Cam Newton.

Since he is so small, he needs to know the warmth, care, and love of his parents to grow as a lovable boy. Apart from that, Cashmere is always with his mother Kia and growing up quite well, as people have started to name Cashmere as the little Cam already.

Cutie Cashmere Saint Newton is the youngest one out of the Newton family. He has two brothers named Chosen Sebastian Newton and Camidas Swain Newton, and a sister named Sovereign-Dior Cambella Newton. Cashmere also has a half-sibling, an elder sister named Shakira from his mother, Kia’s side. Being the smallest one in the sibling’s group, Cashmere is loved by his growing up siblings.

Both papa Cam and mama Kia shares beautiful snaps of their children, making us viewers aware of their growth, but we can’t keep track of it as they are growing so quickly and beautifully. We wish all the best for Cam Newton’s son Cashmere Saint Newton, his little boy, to grow up healthy.

The name Cashmere is of English origin, meaning soft wool from the Kashmir goat. And for the middle name Saint, it is derived from the Latin word ‘Sanctus,’ which means “Sacred, holy.”