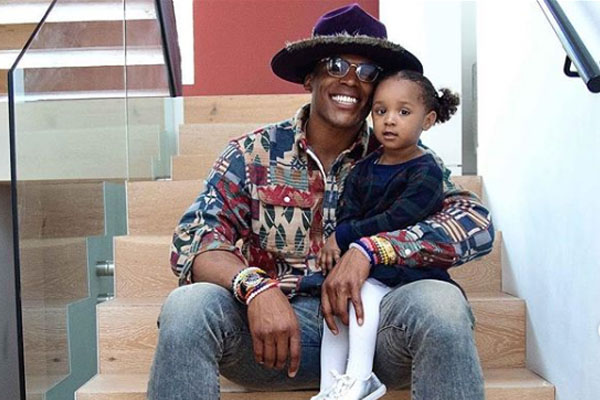 The player with a celebrated sports career and dazzling body frame, Cam Newton was born on May 11, 1989, as Cameron Jerrell Newton. He has been active as a player of Carolina Panthers since 2011. Standing at amazing 6ft 5inch, Cam has been gifted with four beautiful kids, sons Chosen Sebastian Newton, Camidas Swain Newton and Cashmere Saint Newton, and a daughter named Sovereign-Dior Cambella Newton. He had kids with ex-girlfriend Kia Proctor, with whom he has broken up and is battling for joint custody of the kids.

Since then, Cam Newton seems to be allegedly dating the Instagram model La Reina Shaw with whom he has a child.

Let’s unravel more about Cam Newton’s daughter Sovereign-Dior Cambella Newton, who was born as the second child of the ex-pair of Cam and Kia.

Sovereign-Dior Cambella Newton, the daughter of the NFL MVP in 2015, was born in 2017 as the second child and first girl in Newtons’ family. And Sovereign’s father Cam cannot seem to get enough of her cuteness, as he posts numbers of cute snaps of the father-daughter duo on his Instagram. Papa Cam also shares that he thinks his daughter is like a treasure trove, full of smiles, laughter, and love, an antique wooden chest that is filled with best memories. Sovereign’s papa Cam is hoping to be a worthy father and making his princess enjoy a lovely time.

And papa Cam is making his princess enjoys every bit of life as Sovereign goes on many trips and vacations with papa and her siblings. Not only that, as cute Sovereign also get lots of piggyback and go on fields with her dad. Looking at Sovereign’s father Cam’s Instagram, she seems to be very close to her older brother Chosen.

We hope daddy’s little fairy, Sovereign-Dior, is growing well with lots of love and care. We wish that Cam keeps on spending time with his princess to make her feel special and loved.

Close With Her Mama

Sovereign-Dior Cambella Newton’s mother, Kia Proctor, is a former known model who used to work at a well-known strip club, Washington DC Stadium Club, under the name ‘Hazel.’ And Sovereign’s papa Cam and mama Kia separated after dating for many years as her dad Cam probably started dating Instagram model La Reina Shaw with whom he has a child. While Sovereign’s mommy seems to be single and focusing more on her children.

As her parents’ are battling for joint custody of the kids, Sovereign spends equal time with her mother, Kia and father Cam along with her siblings. Talking about her siblings, she has three brothers: Chosen Sebastian Newton, Camidas Swain Newton, and Cashmere Saint Newton. Sovereign also has a half-sibling, an elder sister named Shakira from her mama Kia’s past affair.

As we can see, Sovereign enjoys both of her parent’s company and her siblings as well. We wish all the best for Sovereign-Dior Cambella Newton’s future and well-being.

The name Sovereign is of Latin origin, meaning “above.” The middle name Dior is of French origin, which means golden.