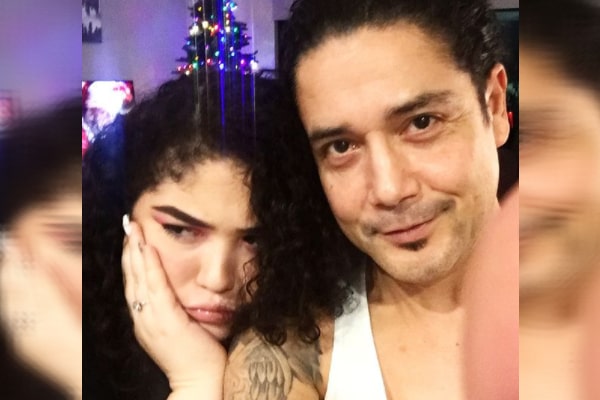 Chris Pérez is an American songwriter and guitarist best known as lead guitarist for the Tejano band, Selena y Los Dinos. Thanks to his charming performances and marriage with the group’s frontman, Chris’s fame skyrocketed along with his mischiefs.

Unfortunately, Chris Pérez’s ex-wife, Selena Quintanilla, was murdered by her manager. Well, with time, Chris moved on with Venessa Villanueva and welcomed two kids together. Here, we shall be tailing Chris Pérez’s daughter, Cassie Pérez, and her whereabouts. Hope you’ll enjoy it.

Fame provides you the massive affection trading one’s privacy. However, Chris Pérez has managed to keep his life a little secluded than others. Furthermore, he has kept details about his children to himself. However, Pérez’s daughter, Cassie Pérez, is a grown child and has started to make a living on her own.

Moreover, Chris Pérez’s baby girl is active on Instagram and updates her whereabouts with her followers. She further mentioned her work-mail on her Instagram bio and revealed that she is the marketing partner at Monat Official.

Besides that, Cassie seems to be working at Massage envy as a beautician. Now, that explains her glass skin!! Likewise, her Insta highlights are filled with skin recommendations and a few work-related stuff.

Furthermore, Cassie Pérez’s father, Chris, once posted about her buying a new car independently, which means she has been working hard to sustain herself. Pretty plausible. Despite having a famous father, Cassie remains grounded and witty. She further keeps her Instagram updated, which reflects her personality merely.

Cassie Pérez Is In A Relationship

Love finds people in unexpected places and circumstances. Likewise, Chris Pérez’s princess also found her soulmate while in college. Although there’s not much about their relationship details, Cassie Pérez’s boyfriend, Mark Munoz, is a constant face on her Instagram.

Cassie often posts appreciation posts for her partner and address themselves as ‘mom-dad’ on a few posts. Well, technically, Cassie has a fur-baby named Saint, so they are parents. Furthermore, according to Cassie’s Instagram, the couple started dating sometime in 2016, and by 2019 they have a home and are co-parenting their dog. Sounds like relationship goals? Bet you do. But guess what, Chris Pérez’s daughter understands that no relationship is perfect and never shy away from letting her partner know he’s loved and valued.

It looks like Chris agrees with his daughter’s choices and maintains a healthy relationship with him, as well. Wedding bell? Let’s hope we hear it soon.

Eldest Daughter to Chris and Venessa

Moreover, Cassie’s Instagram somewhat mirrors her bond with her little sibling Noah, who was born with down syndrome. Although Cassie and Noah’s parents parted ways, they share a beautiful bond with both kids.

Moreover, Chris shares pictures of his son with treasuring captions and thanking Noah for ‘letting him be his father.’  Furthermore, Cassie also doesn’t forget to wish her brother on his special days as well. We can see that Chris, Cassie, and Noah seem inseparable while Venessa remains away from the social scrutiny.

Aforementioned, Cassie’s parents got divorced after six years of marriage and two kids.

Chris was devasted by his first wife, Selena’s death. Plagued with sadness and alcoholism, he almost drowned in sorrow. Thankfully, a mutual friend introduced Chris and Venessa in 1998 through friend John Garza.

After dating a few years, the pair walked down the aisle on 26 October 2001 and welcomed two kids together. The pair welcomed two kids, Cassie and Noah, before divorcing in 2008. Rumors were that Venessa wanted to make things work between them, but Chris insisted on divorce.

Well, whatever the reasons could be, Cassie’s parents could have made the right decision parting ways because being divorced sounds better than being miserable and married. Right? Moreover, Cassie, Chris Pérez’s daughter, is living a wonderful life and has grown into a beautiful woman. Let’s hopes to learn more about her in the coming days.

The name Cassie has Greek origin, which means ‘to excel’ or ‘to shine.’