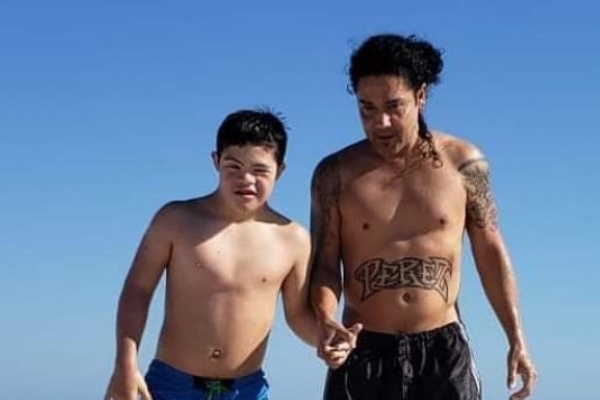 Christopher Gilbert Pérez or better known as Chris Pérez, is an American guitarist, songwriter, and author who is best known as lead guitarist for the Tejano band Selena y Los Dinos. He rose to fame after marrying the frontwoman of the band Selena Quintanilla. Referred by many as the queen of Tejano music, Selena was worshiped by her fans.

Chris and Selena could not continue their journey together because of her shocking murder by her former manager of boutiques, Yolanda Saldívar. After Selena’s death, Chris was devastated and started to indulge himself in alcohol and drugs. His life again started to be better when he met his second wife, Venessa Villanueva, with whom he has two children. So, let’s see how Chris Perez’s son Noah Pérez is growing up.

Only Son Of Chris Pérez

Noah Pérez was born to Chris Pérez and his second wife, Venessa Villaneuva, in April 2005. The couple had married in 2001 but could not stay together and divorced in 2008. Noah has stayed most with his father and can be seen spending quite a lot of time with him. As for Venessa, she remains quite far from the media these days.

Venessa was an important part of Chris’s life as he was left clueless after Selena’s death. His alcoholism and substance abuse was taking over him. He met Venessa in 1998 through his friend John Garza; the two started dating and finally tied the knot in 2001, six years after Selena’s demise. According to various reports, Venessa was eager to solve their problems but could not. Their irreconcilable differences made them divorce anyway.

Noah Has Shown Interest In Music

As the son of a popular Tejano guitarist, Noah has already shown interest in music. He usually practices instruments like a piano with his father, and the two really have a great time. Noah is very close to his father, who is giving his all to shower him as much love as possible.

We can already imagine Noah following in his dad’s footsteps into music. If Selena were alive today, she would have definitely been proud of what Chris has achieved as a father. Moreover, Noah seems to be a quick learner. So, it will take no time for him to grasp the vast musical knowledge showered by his father.

Chris Pérez’s son Noah seems to have Down Syndrome which is a condition in which a child is born with an extra copy of the 21st chromosome — hence its other name, trisomy 21. Although suffering from this disease, Noah has been pulling off stronger than any other child would have.

Noah is a champ and Chris is very proud of what he has achieved so far. The recently turned 15 years old has a bright future ahead. As long as Chris stays by Noah’s side he is deemed to have a wonderful story. Let’s hope all goes well for this amazing kid.

Noah Has An Elder Sister

Noah is not the only child in the family. He also has an elder sister named Cassie Pérez. Like Noah, she is also very close to her father and spends quite a lot of time with him. From guitar sessions to music sessions, she is very close to her father. Cassie being the eldest daughter, is also a role model for Noah. He must be looking up to her and being inspired by her.

The two Pérez siblings are very close to each other and will continue to do so. Noah is in his teens, and Cassie is also a grown-up. Plus his sister Cassie makes sure to wish him on his birthdays and other special occasions. As they juggle through their life, the brother-sister duo is bound to get all the support and love from their father. Let’s hope both of them have an incredible future.

Noah is a name derived from the biblical figure by the same name. It comes from the Babylonian word ‘nukhu,’ which means ‘repose or rest.’