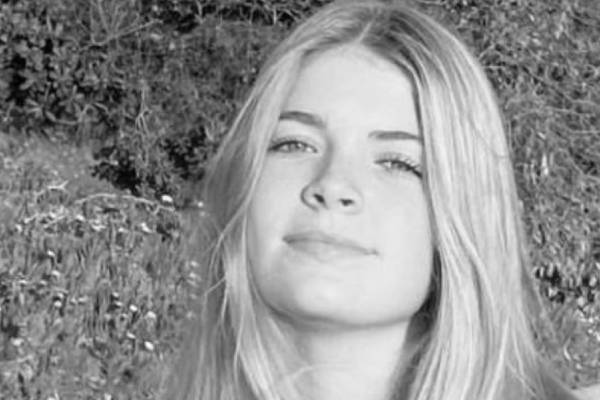 Carlos Irwin Estévez, best known as Charlie Sheen, is a memorable name in the entertainment industry. Sheen is an actor who has starred in a number of movies and television series like Platoon, Wall Street, Two and a Half Men, Anger Management, and many others. Sheen is regarded as one of the most successful and wealthiest actors of his time.

The actor has also made headlines for his personal life. Sheen has been married thrice times and has five kids with different baby mamas. He was previously married to famous actress Denise Richards with whom he has two daughters. Thus, in this article, let’s learn in detail some interesting facts about Charlie Sheen and Denise Richards’ daughter Lola Rose Sheen.

Lola Is The Youngest Child Of Her Parents

Charlie Sheen’s daughter Lola Rose Sheen is the youngest child of him and his former wife, Denise Richards. The ex-couple welcomed her on June 1, 2005, in Los Angeles. Lola Rose Sheen’s mom had shared about the pregnancy in December 2004 after vacationing in the Bahamas.

The birth of Lola completed the family of four, which included her, her parents, and her elder sister. Her sister is Sam Sheen, whom her parents welcomed on March 9, 2004.

The Sheen sisters are close with each other. Lola is growing up having a wonderful time with her sibling and parents.

Charlie Sheen and Denise Richards’ youngest kid, Lola is growing up having a wonderful time. She is currently in high school but there is no information about where she is pursuing her education. Moreover, in May 2020, she graduated 8th grade. Her mom shared the news via Instagram.

Both of Lola Rose Sheen’s parents are engaged in the entertainment sector, so, who knows, she might also be interested in pursuing an acting career. Moreover, she has already appeared in different television series like The Real Housewives of Beverly Hills, Denise Richards: It’s Complicated, and Radio Disney Music Awards.

Furthermore, it is not sure if she will pursue an acting career in the future. But as Charlie Sheen’s little girl has a lot of time to figure that out, let’s hope Lola becomes successful in any profession she chooses in the coming days.

Lola’s Parents Are No Longer Together

As mentioned earlier, Lola is the youngest daughter of Charlie Sheen and Denise Richards. The celebrity duo had tied the knot on June 15, 2002. Lola’s parents met for the first time in 2000 while shooting Good Advice. In October 2001, they started their relationship, and only a month later, on December 26, 2001, her dad popped the question. To which her mom said Yes!

Then, Lola’s parents walked down the aisle at the estate of Gary David Goldberg, Spin City creator. However, their marriage was short-lived. Lola Rose Sheen’s mom filed a divorce from her dad in March 2005. Denise was pregnant with Lola at that time, and she accused Charlie of drug and alcohol abuse and threats of violence.

In April 2006, Lola’s mom filed formal legal papers seeking a divorce from her dad under the state of California’s law. The divorce was finalized in November 2006 and as per the agreement, Denise has primary physical custody of Lola and her sister, and her dad has visitation rights.

Following the divorce, both of her parents moved on in their respective lives. Her mom adopted her little sister Eloise Joni Richards and is married to Aaron Phypers.

Similarly, Lola’s dad too got married to Brooke Mueller, and they have twin sons, Max Sheen and Bob Sheen. However, his second marriage too ended. Before marrying her mother, he was married to Paula Profit Speert, with whom he has a daughter, Cassandra Jade Estevez.

Lola must be close with her half-siblings and lives a wonderful life away from the media and limelight. Her Instagram is also private. Nevertheless, let’s hope Charlie Sheen and Denise Richards’ daughter has a beautiful life in the future.

The name Lola is a Spanish name that means Sorrows. The name Rose has a Latin origin which means Rose, a flower.