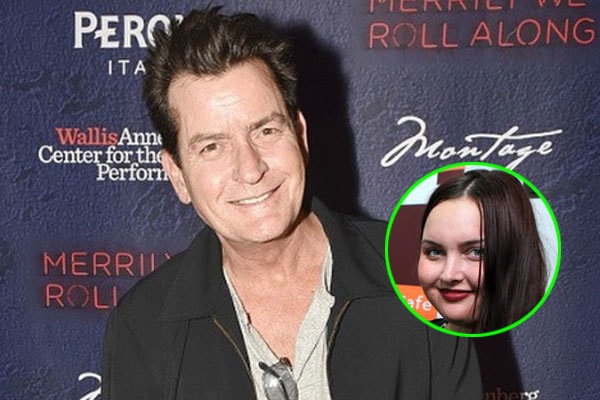 Cassandra Jade Estevez, Charlie Sheen‘s daughter with ex-girlfriend Paula Profit, was born on December 12, 1984. She is the eldest child of Charlie and only child with Paula Profit.

Cassandra is the older sister to four younger half-siblings. She has two half-sisters Sam Sheen and Lola Rose Sheen: Charlie’s daughters with ex-wife Denise Richards. Her half twin brothers are Max Sheen and Bob Sheen who are Charlie Sheen’s sons with ex-wife Brooke Mueller.

Cassandra Is A Happy Wife And A Mother

Charlie Sheen’s daughter Cassandra is married to Casey Huffman since 2010 who is her high school sweetheart. They welcomed their little bundle of joy Luna Huffman in July 2013. Her dad Charlie was also delighted to be the first time grandfather. Cassandra and Casey are happily living with their adorable daughter Luna.

Unlike her father Charlie who is famous and makes headlines time and again, Cassandra keeps her distance from the spotlight. The beautiful mother of one rarely steps out into the public. Well, she is one of those celebrity children who maintain their privacy. Not only hers but her family’s privacy as well.

When it comes to being social in social media, its a total no-no from Cassandra. She is living a quiet and secretive life. However her father Charlie is always there to update us about his granddaughter Luna. The grampa is so in love with the youngest one in the family. Looking at her picture, we can say for sure that the kid is growing well with her lovely parents Cassandra and Casey.

Cassandra who attended Loyola Marymount University in L.A. was in the uni’s theater production. Since very little is known about her, we assume she is pursuing her acting career.

The name Cassandra is a girl given name which has a Greek origin. It’s meaning is Unheeded prophetess. Similarly, Jade is a name for a girl which has a Spanish origin. It means stone of the side.