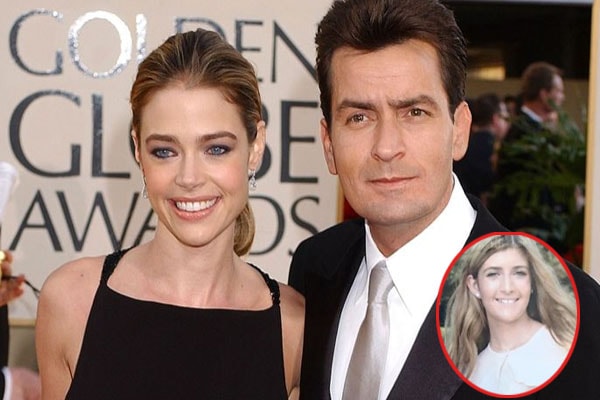 Charlie Sheen’s daughter Sam Sheen was born on March 9, 2004, whom he had shared with his ex-wife Denise Richards. Sam’s parents, Denise and Charlie filed for divorce in 2006 before Sam could turn three and during that time, Denise was pregnant with the second daughter.

Sam has two younger sisters named Lola Rose Sheen, and Eloise Joni Richards; she was adopted in 2011 by Denise which after few years broke out the news that she has Chromosome disorder. Sam has a half-sister named Cassandra Jade Estevez and two half-brothers, Max Sheen and Bob Sheen: twin sons of Charlie Sheen with his ex-wife Brooke Mueller. As for Sam’s mother Denise Richards, she is married to her husband Aaron Phypers.

Sam Loves To Hang Out With Her Father

Ever since the couple decided to move apart, there is rarely any scene of Charlie Sheen with his daughters. However, Sam took to her dad Instagram asking about his day where Sheen has replied with the affectionate word “sweetie.” They were also once spotted walking together in California. To some point, it makes us pretty sure that he hasn’t lost the connection with his daughters.

Charlie himself took out the time to accompany her daughter to the summer camp.

Sam’s mother Denise Richards is a single mother with three adorable children to whom she makes her best attempt to let them experience new things. She makes her kids familiar with many activities including riding horses in which you will be amazed by Sam’s riding skills. She takes out her precious time to take part in this kind of show where her younger sister Lola can also be spotted.

Sam won the first place in horse riding show. She is truly a champ.

Denise rarely shares information about her daughters on social media unless it is necessary. She has shared one beautiful picture of Sam where she expressed her gratitude towards Sam by stating her as an intelligent and sweet girl. Since Sam is the oldest sibling, it can be predicted that she must have helped out her mother during a tough time.

The 14-year-old Sam has done some amazing jobs as well. During her leisure hours, she helps the volunteers in providing food for homeless people. And during one time, her sister also accompanied her.

Though her information is less found, her portrayal with some amazing talents gives us clear evidence that Sam is undoubtedly an Intelligent and a brave girl.

Sam is the surname of Hebrew origin. It means “God Heard.”