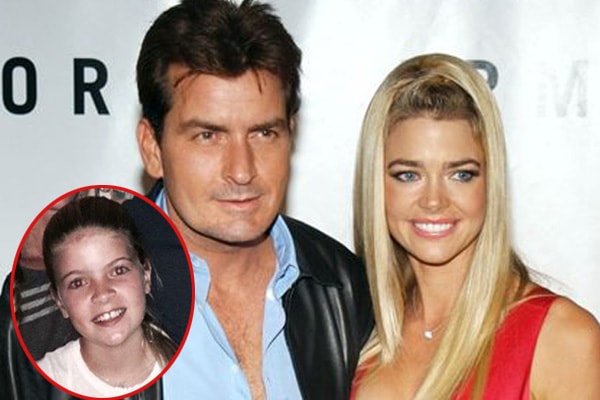 Lola Rose has an elder sister named Sam Sheen and Eloise Joni Richards who was adopted by Denise in 2011. From Lola’s dad relationship, she has a half-sister named Cassandra Jade Estevez and two half-twin brothers, Max Sheen, and Bob Sheen.

Lola Rose seems to be not keeping in touch with her dad ever since her parents decided to move apart. She has been living with her mom and two sisters whom she spends quality time together. It might or mightn’t be true, but it looks like she has lost connection with her dad as there is no single trace where we can witness them together.

Charlie Sheen was once spotted hanging out with Sam in California. Does he keep private about his relationship with a younger daughter? We have no Idea. Despite the fact, we found the rare glimpse of Charlie with Lola in a car.

Lola’s father Charlie Sheen has openly shared about his misery on account of child support payments to his ex-wives. He has said that he can no longer afford the expenses as his income has changed significantly. His confession makes us pretty clear that he has been investing a certain amount for his children.

Despite her relationship with father, Lola Rose doesn’t seem to be affected with what is going through her family issues. She is focused on her career building. Lola has been doing great in horse riding in which her sister Sam has shown her great skills. Lola has won many medals with her favorite horse which she calls Lily.

Lola’s mother Denise Richards is married to Aaron Phypers. The family had made the first Holiday Card with beautiful designs to celebrate last year with special moments.

The name Lola is the short form of the Spanish name Dolores. It means sorrows. Rose is the fragrant flower which is used for the female name.