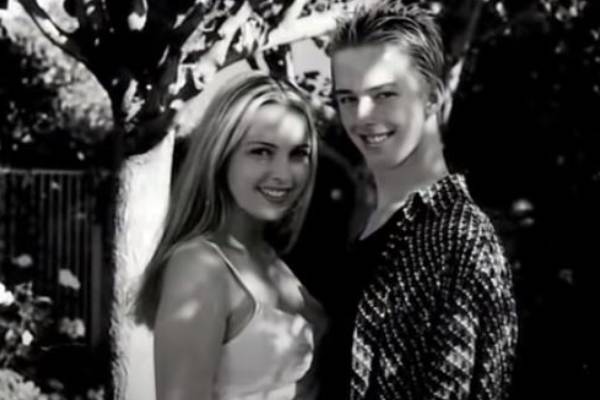 If you have watched the CBS sitcom Two and a Half Men, then you might be familiar with the character Charlie Harper. The actor who portrayed the character is the well-known American actor Charlie Sheen. He is one of the most successful and famous personalities in Hollywood. Because of his fame, his daughter Cassandra Jade Estevez and other family members have become known.

Cassandra is the eldest child of the actor and is a grown-up woman who is happily married to Casey Huffman. As a result of her popularity, many have shown interest to learn about her beau. Thus, in this article, let’s learn in detail about Cassandra Jade Estevez’s husband and take a look at their marital life.

Cassandra and Casey Are Childhood Sweethearts

As mentioned earlier, Charlie Sheen’s daughter Cassandra is a married woman. She shares a blissful and harmonious marital life with her childhood sweetheart Casey Huffman. The lovebirds had met in junior high and have been together since then.

The lovely duo decided to take their relationship to the next level and got married on September 25, 2010. They had a great wedding day which was inspired by a mix of nature and old Hollywood glamour. They had hired Jill La Fleur of La Fleur Weddings & Events to plan their big day. The ceremony was held at Santa Barbara’s Bacara Resort and Spa.

Casey Huffman’s father-in-law, Charlie Sheen, walked his wife down the aisle to the tune of “Flightless Bird” from the Twilight soundtrack. She had carried a bouquet of calla lilies and roses. Cassandra and her husband said their vows under a four-post altar which was made up of birch branches. The decorators had decorated the altar with white organza, florals, and crystals.

Moreover, the married couple hosted a reception in the hotel’s Rotunda Room. 165 guests, including the bride’s uncle Emilio Estevez and grandfather Martin Sheen, made their presence. Cassandra’s dad toasted the newlyweds.

Since their star-studded marriage ceremony, the couple has been living a wonderful life together and even welcomed a child.

Cassandra Jade Estevez’s Husband Is A Doting Father Of One

After getting hitched in 2010, Casey and his wife have been living a blissful life together. Then, the couple decided to grow their family of two to three. Cassandra Jade Estevez and her husband entered into parenthood with the birth of their daughter.

Three years after their marriage, on July 17, 2013, Casey Huffman’s wife gave birth to their daughter Luna Huffman in Los Angeles. His father-in-law shared the news about the new addition to the family to TMZ. He exclaimed that it was the most fabulous day and his bucket list was a “thimble.”

In January 2013, Casey’s father-in-law had confirmed the news of Cassandra’s pregnancy on The Late Show With David Letterman. He had told the show host that he was ecstatic and nervous about the new addition to the family. Shortly after the interview, Charlie’s former wife Denise Richards also shared the happy news on Twitter.

I guess some of you have heard… @charliesheen is going to be a Grampa…yes GRAMPA! his beautiful daughter Cassandra is gonna be a mama..

Being the only child, Casey’s daughter is pampered really well by him and other family members. Moreover, Sheen has also posted about the little one on Instagram. Grandpa Charlie is very much in love with Luna, and she is growing up well with her family members.

Casey Is A Man Of Secrecy

Cassandra Jade Estevez’s husband, Casey Huffman, has come into the limelight because of her and her family’s entertainment background. But the husband and wife duo seems to be private people. The couple does not have any active social media accounts.

Casey is living a quiet and secretive life. He has not revealed much about him in the media. He also has not made much public appearance. Moreover, there is no information regarding his profession. But it is known that his wife had attended Loyola Marymount University and was in the theater production of the university.

Nevertheless, Casey must be doing well in his profession and life. In the coming days, let’s hope he makes more public appearances and opens up about himself so that we can know more about him.