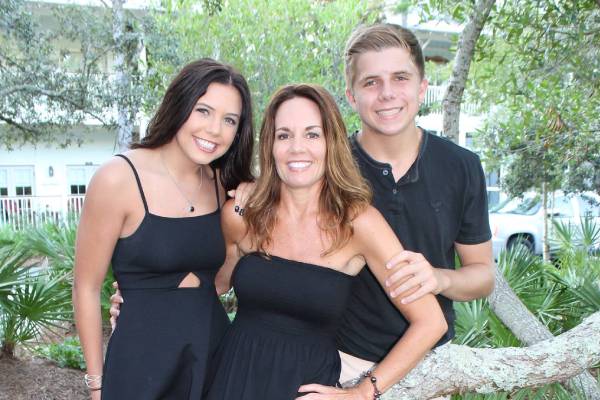 Patrick Sean Payton is a well-known football coach. He has established himself as one of the NFL’s most successful coaches. Sean Payton served as head coach of the New Orleans Saints from 2006 to 2021. Throughout 2022, he worked for Fox in studio by becoming a part of the Fox NFL Sunday panel as a fill-in for Jimmy Johnson‘s off days.

While his life appears to be going great at the moment, the former football coach’s journey has not been smooth. In 2012, Payton faced many difficulties in his professional and personal life. Not only did the NFL suspend Sean due to allegations of his involvement in the New Orleans Saints bounty scandal, but he also had marital problems and he filed for divorce the same year.

As mentioned above, Payton filed for divorce using only his first name to avoid media attention. However, the word of his divorce spread as soon as the media discovered what was going on. When it happened, it drew immediate attention to Sean Payton’s ex-wife, Beth Shuey.

So, why don’t we learn about what went wrong between the former couple after two decades of marriage in this article?

Sean Payton and Beth Shuey first crossed paths at Indiana State University in the early 1990s. Sean met Beth while coaching at the university, and the two began dating soon after. The former lovebirds then walked down the aisle on July 11, 1992.

Sean and his ex-partner spent most of their time together in Mandeville, Louisiana, with their two children. However, the family relocated to Dallas in 2011. Sean Payton’s ex-wife also accompanied him to many award functions and ceremonies. The press would also frequently spot the two in public.

The ex-partners kept most of their relationship in the dark as they did not want outsiders interfering in their personal affairs. Despite many people expecting their marriage to last a lifetime, the NFL coach filed for divorce in 2012.

The former spouses wanted to keep their identities hidden during their divorce and only used their initial names in court documents. The ex-couple described their divorce reason as discord or clash of personalities that ruins the legitimate purpose of the marriage partnership and hinders any reasonable possibility of reconciliation.

Sean and Beth’s divorce was finalized in 2014. Under the divorce settlement, Sean Payton’s former partner received a $3.450 million, 7,785 square feet home on Brazos court in Vaquero. Following the divorce, both of them have moved on with their lives.

While Beth and Sean Payton’s marriage did not work out, they did have two children during their time together. The former couple’s eldest kid, Meghan Payton, was born in 1997. Payton’s ex-spouse then welcomed their only son, Connor Payton, three years later in 2000.

Following their divorce, the ex-lovers held joint custody of their children. Sean’s former partner, however, filed a counter-petition for divorce, which requested that she be appointed the custodian of the children. Whether or not the court approved of her petition remains a mystery.

Despite their parents’ difficult divorce, Meghan and Connor have a strong bond with both of them. Going through Beth Shuey’s Facebook, it is evident that she frequently spends time with her beautiful children. Moreover, her Facebook feed is filled with lovely photos of the three of them together visiting different places.

Beth Shuey’s daughter works as a sports reporter with NFL Network. Meghan is also in a loving relationship with writer and actor Chris Titone and often shares romantic pictures with her boyfriend. Likewise, Connor is an emerging football player and dating Audrey Carrington.

By the looks of it, Sean Payton’s children are doing quite well in their lives. So, let us all wish the Payton siblings well and hope that their days are filled with joy in the future.

Has Moved On In Her Life

We can all agree that making a marriage last long in real life is not as easy as it may seem. As unpleasant as it may sound, not all marriages are destined to work out. There are times, though, when a second marriage is well worth the trouble, and Sean Payton’s ex-wife is a clear example of it.

After her divorce, Beth married Jamie McGuire, also known as James McGuire, on September 20, 2020. After their marriage, both Jamie and Beth shared beautiful wedding pictures on their social media.

James is a real estate agent who presently works for Coldwell Banker Howard Perry and Walston. The newlyweds enjoy their new journey as husband and wife, and Beth Shuey’s husband uploads beautiful images of them blazing enormous smiles on his social media.

Like Beth, James has two kids with his ex-wife Krystin Knox: Maggie McGuire and Molly McGuire. Beth Shuey McGuire is very close to her step-children, and taking a look at Jaime’s social media, it looks like his children live with him and his lovely wife.

Beth Shuey’s ex-husband has also moved on with his life and is now married to Skylene Montgomery, the former Miss West Virginia. So let us wish the divorced couple well and hope that their new marriages stand the test of time.