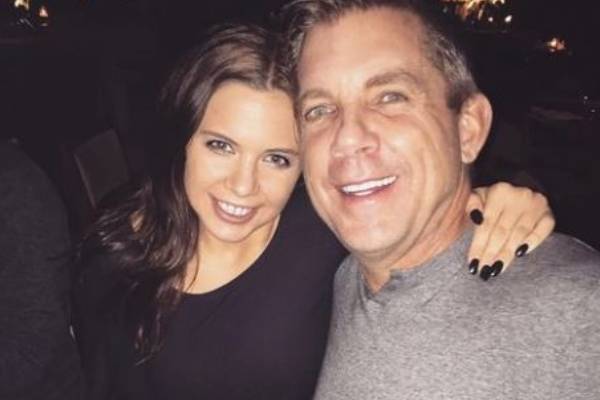 Meghan Payton is the only daughter and the oldest child of Sean Payton and his ex-wife. Image Source: Meghan Payton Instagram.

National Football League (NFL) comprises many teams, which include a number of players, team coaches, and managers. They all have gained significant fame and fortune to their name. Patrick Sean Payton, also known as Sean Payton, is one of the coaches of the NFL team whose name can never be forgotten from the sport’s history. He is the former head coach of the New Orleans Saints and has previously worked for different teams.

Because of the fame that Sean has achieved, his family members have also come into the media limelight. He was previously married to Beth Shuey for twenty years and has two kids, a son and a daughter with her. So, to know about Sean Payton’s daughter, Meghan Payton, please stick with us till the end of this article.

Is The Only Daughter Of The Payton Family

Meghan Payton is the only daughter of Sean Payton and his former wife, Beth Shuey. They had welcomed her in 1997. However, according to Google search, she was born in 1996. When she was born, her dad was serving as a quarterbacks coach for the Philadelphia Eagles.

A few years after her birth, in 2000, Meghan Payton’s brother, Connor Payton, was born. Her parents raised her and her younger sibling away from the media limelight. The Payton siblings must have had a wonderful time together.

Sadly, Meghan Payton’s dad and mom are no longer together. After being married for 20 years, they got divorced in 2014.

Being the children of a sports personality, it is common that they follow in their parents’ footsteps or area related to the sports. Meghan and her brother also grew up in the football world. As a result, she might have also been interested in sports.

However, Sean Payton’s little girl seems to have been involved in sports as a reporter. She had attended Pepperdine University in 2015. In April 2019, she graduated from the university with a degree in Media Production and Sports Broadcasting. Sean’s daughter also worked as an intern at the NFL Network.

In July 2019, the New Orleans Saints appointed Meghan as the sideline reporter for the team’s two preseason games. Furthermore, in August 2021, she joined Chat Sports as an On-Air Host for their NFL platforms. Sean Payton’s daughter shared the news via Instagram. As a part of her work, she will be covering Pittsburgh Steelers and Seattle Seahawks all season.

The average salary of a sports reporter in the United States is $39,063 per year. Thus, Meghan must be earning significantly from her work.

Meghan Is In A Long-term Relationship

Earlier, we talked about the professional life of Sean Payton’s daughter, Meghan Payton. Talking about her personal life, Sean’s baby girl has been in a relationship for many years now. She is currently dating Christopher Titone, the brother-in-law of the famous comedian and actor Adam Sandler.

Meghan and Christopher met for the first time on April 12, 2015. Then a week later, the duo moved in together and have been in a relationship since. It has already been more than five years since the lovebirds began dating. They are yet to tie the knot, and we hope to hear some good news real soon.

April 12th 2015, 12 hours after we met. That was 3 years ago and in a week we move in together. This little girl changed my life forever.#HappyValentinesDay @meghanpayton7 pic.twitter.com/1HijGCvFaJ

Meghan and Christopher support and cheer for each other. The pair are immensely in love and do not shy away from sharing their love for each other via Twitter or Instagram. Moreover, Meghan Payton’s boyfriend was one of the writers behind the football movie, Home Team, based on Sean Payton’s life and career.

Meghan seems to be doing great professionally and personally. She often goes to different places on vacations and keeps updates of her travels on Instagram.

Let’s hope Sean Payton’s daughter continues to do better in her work and achieves more success in the coming days.