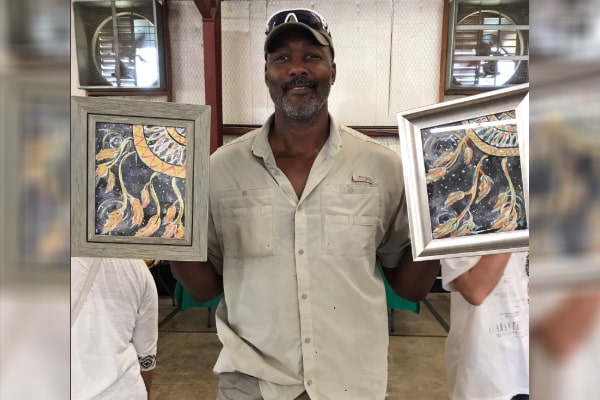 Karl Malone's twin children with his former girlfriend have grown up to earn their name on their own. Image Source: Malone's Twitter.

Karl Malone, nicknamed ‘the mailman,’ is an American retired basketball player. He spent his first 18 seasons in the N.B.A. With the Utah Jazz and a season with L.A. Lakers. Likewise, The fourteen times N.B.A. All-Star is a proud father of seven children with multiple partners.

Karl Malone’s wife, Kay Kinsey, welcomed four children while has twins with Bonita Ford. Today, we will be talking about Karl Malone’s twin children, Cheryl Ford and Daryl Ford, in this article.

Was Not An Exemplary Father In The Past

Fame is surrounded by an intensely scrutinized society and thus raises a lot of questions when one is trying to keep a squeaky clean image. However, that didn’t happen in case of the N.B.A.’s second-leading scorer of all-time, Karl Malone.

Malone’s questionable fatherhood brought him truckloads of criticisms and which almost did not affect him. Aforementioned, Malone fathered seven children from his relationships, including his wife and affairs. He and his former girlfriend, Bonita Ford, welcomed their twins a few weeks after Malone graduated high school.

The former couple named their twins, Cheryl and Daryl, who would go on to become one of the most influential athletes. Regrettably, both the children inherited their father’s athletic abilities but were deprived of his presence until they were 17.

Malone was ruled to be the twin’s father when he violated a court by refusing to reveal his assets or submit to a D.N.A. test. However, Malone accepted his paternity of the Ford twins and publicly announced them as the Malone family.

Although Malone was absent during most of Cheryl and Daryl’s childhood, he finally showed up during their teen and maintained a relationship with them.

N.B.A. star, Karl Malone’s daughter, Cheryl Ford, was born on June 6, 1981, in  Homer, Louisiana, United States. Both Malone and Ford were 17 years old when they welcomed their twin.

Cheryl Ford followed her father’s footsteps and became a professional women’s basketball player. Furthermore, Cheryl played for Summerfield High School in Summerfield, Louisiana, where she was named a WBCA All American. Likewise, she was the 3rd overall pick in the 2003 WNBA draft and enjoyed a successful career with four all-star selection and three championships.

Besides being a successful athlete, Karl Malone’s daughter is also a producer and director known for Hunting Bears, Death Wears a Red Hat and Olibed with Your Tea.

Secretive In Nature And A Mother Of One

Looking forward to more details, Kale Malone’s twin child seems to have a secretive nature. Her Instagram is private and seems to enjoy life away from public scrutiny.

Standing tall at 6 ft, Cheryl looks like a goddess in her long luscious hair and is secretly a mother of one. According to Ford’s Instagram bio, she is a mother of a daughter, Camryn. Likewise, she also shares a lot of pictures on her Facebook account with her daughter, but her partner is nowhere to be seen.

Moreover, Karl Malone’s daughter is an outspoken woman. She speaks her mind unapologetically and supports philanthropic causes. Her twin brother, Daryl Ford, is also involved in the athletic world and enjoys a successful career.

While Karl Malone’s twin daughter, Cheryl Ford, rose as a WNBA star and made her name in the world, her brother, Daryl Ford, is a little more grounded and living a private life.

Furthermore, Karl Malone’s son Daryl Ford was cast in the deep shade, but his harm was overshadowed by the name of his father, Karl, and twin sister, Cheryl. However, he did play college basketball at Louisiana Tech but was not as gifted as his sister’s athletic abilities. Ford went undrafted in the 2005 N.B.A. Draft, which made him an unrestricted F.A.

Despite failing to follow Karl Malone’s steps, his father was supportive and encouraged him to finish his degree in Forestry. Although Daryl is out of reach today, he must be working hard and building a career of himself. Well, there was once news that said that Daryl was taking care of his father Karl’s logging business.

As of now, Karl Malone’s twin children are living a quiet life. Let’s hope we will hear more from them in the coming days.

Cheryl and Daryl Ford’s Half Siblings

As stated above, the basketball legend is a father of seven and was heavily criticized when the tabloids about him abandoning his children outside the marriage surfaced. But now, with time, everything is smooth, and he is trying to keep a healthy relationship with each one of them.

Cheryl and Daryl Ford have a good relationship with their half-siblings. They are especially close to their brother, Demetress Bell, a former American football offensive tackle. Malone rejected his son from Gloria Williams, who birthed Bell at the age of 13.

Likewise, Malone’s children from his marriage with gorgeous Kay Kinsey are relatively close with Fords as she never missed to wish them on their birthdays. Among four, Kadee Malone is running her shop, while Kylee Malone is dreaming of being one. Likewise, Karl J.R., K.J., is pursuing his career as law enforcement, and Karlee Malone is an aspiring model.

The name Cheryl is of French origin, which means beloved.

The name Daryl is an Anglo-Saxon baby name, which also means tenderly loved.