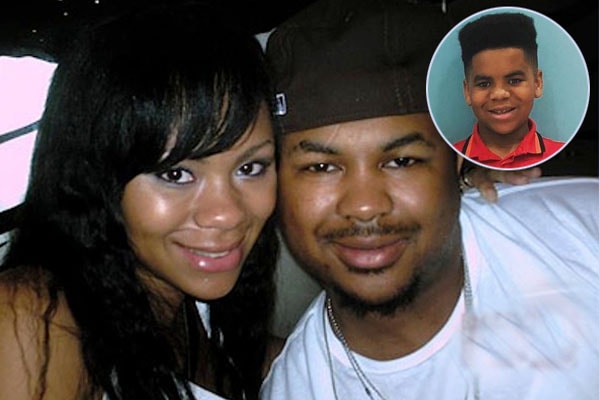 The-Dream’s son, Christian Nash is one of the twin sons of The-Dream and his former wife, Nivea. The baby twins, Christian and his brother, London Nash share the birth date April 19, 2006.

R&B singer/producer, Terius ‘The-Dream’ Nash walked down the aisle with his longterm girlfriend, Nivea in December 2004. The parents of a pair of twin boys also share an adorable 13-year-old daughter, Navy Talia Nash. However, not too long after the birth of their set of twins, The-Dream and Nivea announced their divorce. Eventually, the soulmates got divorced in the year 2008.

Nash siblings Enjoy Being Together

The-Dream and Nivea’s son, Christian is a basketball enthusiast and twin brother to London Nash and elder sister, Navy Talia Nash. The brother to two sibling and four half-siblings, Christian spends quality time with his family and siblings. Besides that, Christian loves listening to music, however, it is uncertain that the young 12-year-old would pursue the entertainment industry as his career or not.

The adorable children have a strong and intimate bond together. The-Dream and Nivea’s son, Christian loves spending time with his twin brother and siblings. The young kids have been spotted traveling to various destinations and on trips together including Disney land. Likewise, the Nash-siblings share similar interests like playing basketball, soccer, and swimming, ice skating, and so on.

Christian’s mother, Nivea was all the rage in the early 2000s because of her mainstream music and being the wife of famous Lil Wayne and The Dream. However, the artist describes her going back to the relationship with The Dream as a difficult phase of her life. According to Nivea, she raised all her children, including Christian alone, without any of the fathers’ support. Mother wasn’t public about the messiness at the time out of respect for all of their careers. However, Nivea has recently claimed that none of her baby daddies, Lil Wayne, and The Dream, show up for their kids and were never present at parent-teacher conferences.

The 12-year-old Christian has spent his childhood days with very less interaction with his father. Besides that, despite having an amazing career in the past, the stay-at-home mom to four children is a private person and shares very little information about her personal life and her children.

Christian is Greek name for a baby boy. The meaning of the name Christian is a follower of Christ or the anointed.