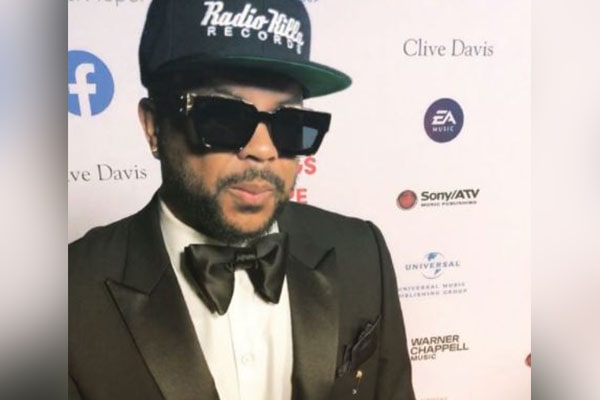 The Dream has amassed an enormous fortune as a singer. Image Source: The Dream Instagram.

The-Dream, born Terius Youngdell Nash, is a songwriter, singer, and record producer from America. He has co-written songs with various singers like Britney Spears, Ciara, Rihanna, Beyoncé, Mariah Carey, Justin Bieber, and many others. The-Dream has also released his five studio solo albums. He has achieved significant success as a singer and songwriter.

The-Dream has amassed an enormous fortune as a musician. He has immense popularity and fan following around the globe. Apart from a great musician, he is also a great dad and a great partner. He shares a happy conjugal life with Lalonne Martinez and has four children with her.

Before tying the knot with her, the singer was married to Nivea B. Hamilton, aka Nivea, and Christina Milian. He had three children with Nivea and a daughter with Christina. Before his marriage to Nivea, he briefly dated Lydia Nam and had a son together. In total, the popular singer, The-Dream, is a proud father of nine children.

Now, let’s learn more about The-Dream’s children and their whereabouts.

As stated above, The-Dream was married to Nivea before exchanging the vows with Christina and Lalonne. They were in a relationship for six months and tied the knot in 2004. Together they had three children among which, their daughter, Navy Talia Nash, is the eldest. The duo welcomed their daughter on May 10. 2005. Navy’s parents filed for legal separation in 2007, and their divorce was finalized in 2008.

The-Dream’s eldest daughter Navy is now a teenager, and looking at her photos uploaded by her parents, it seems like she is doing great for herself. Talking about her name’s meaning, Navy originated from English, meaning “A fleet of ships.” Talia has a Hebrew origin, meaning “morning dew.”

The-Dream and Nivea were married for some years, from 2004 to 2007. In their years of marriage, they welcomed three children. Their daughter, Navy Talia Nash, is the eldest among all. One year after their daughter’s birth, they welcomed their twin sons, London Nash and Christian Nash, on April 19, 2006.

It is not clear if London came first or his twin sibling Christian. In 2015, Nivea complained that she raised her children alone without their father’s support.

The name London has an English origin, which means “From the great rive.” Similarly, the name Christian originated from English, which means “Follower of Christ.”

All of the children of Nivea and The-Dream are teenagers now and are doing great for themselves.

After his unsuccessful marriage with Nivea, The-Dream began dating Christina Milian in 2009. They got engaged in June 2009 and exchanged the vows in September 2009. However, five months after their marriage, in February 2010, Nash filed for divorce, which was then finalized in October 2011. Less than a year into marriage, the duo welcomed a daughter. Their daughter, Violet Madison Nash, was born on the 26th of February, 2010.

After their divorce, Christina and Milian shared equal custody of their child. Violet is about to be a teenager now and currently resides with her mother, step-father M. Pokora, and a half-brother, Isaiah Tota. She is a talented girl and resembles her mother.

A Son With Lydia Nam

Following the divorce from Christina Milian, The-Dream briefly dated Lydia Nam in 2012. Lydia gave birth to their son in 2013. In 2014, Nash was arrested allegedly assaulting Lydia Nam. She claimed that he punched, kicked, and strangled her while she was pregnant with their son. Few days after the warrant was issued, The-Dream turned himself in to the police.

The rapper was charged with 2 felonies and 3 misdemeanors- assault, reckless endangerment, and child endangerment. He was released after paying $20,000 bail and has denied the allegation. The Dream’s child with Nam is still a mystery as both parents have kept their child away from the media and limelight.

After his unsuccessful relationships in the past, The-Dream again gave love a chance and began dating LaLonne Martinez in 2014. They got engaged in May 2014 and tied the knot on July 3, 2014, at a private ceremony at San Francisco City Hall. Their marriage is still going strong and the pair have four children together.

LaLonne gave birth to their son, Heir Wolf Nash, on May 8, 2015. Heir is the eldest child of the four children of Martinez and the singer. However, he is the sixth child of The-Dream. The name Heir is thought to be originated from German, which means “Successor.”

After their eldest child’s birth, LaLonne gave birth to their second child, named Lord Nash, in August 2016.  He is the second child of LaLonne with Nash and the seventh child of The-Dream. The name Lord has an English origin, which means “loaf-keeper.”

Lalonne then gave birth to their third child, a daughter, in August 2017, whom they named Maverick Nash. Maverick is The-Dream’s eighth child. The name Maverick has American originality, and it means “Wildly Independent.

As stated earlier, the famous musician The-Dream is a proud father of nine children from four different baby mamas. On May 6, 2019, He became a dad again when his wife, LaLonne, gave birth to their fourth child, a daughter, whom they named Élysées Nash. Due to complications, she had to give birth to her baby by C-section. However, both, Élysées and LaLonne recovered well after few weeks.

The name Élysées could have been derived from Elysée, which is the name of a palace in Paris.

LaLonne and The-Dream are raising their children with great love and care. The-Dream’s children enjoy their time and are seen attending numerous family get-togethers. The baby mamas also have a good relationship with the singer and with each other. So, it is safe to say that all of Terius Youngdell Nash’s babies are growing up in a positive environment.