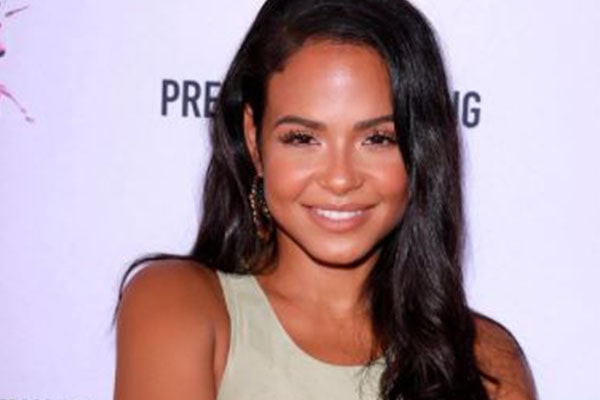 Christina Milian, born Christine Marie Flores, is an actress, singer, and songwriter from America. She has gained immense fame as a singer who has sung and released several hit albums. All those albums have helped her gain tremendous fame and wealth. Besides being one of the most talented singers, Christina has also made her identity as a talented actress.

No doubt that Christina has achieved massive success professionally. She is also a great partner and mother of two. Christina Milian shares a blissful marital life with the famous French singer Matt Pokora aka M. Pokora. Together they have a son named Isaiah Tota and are soon welcoming their next child. Before tying the knot with M. Pokora, Christina was married to the musician The-Dream and had a daughter, Violet Madison-Nash, with him.

As stated earlier, Christina Milian is happily married to French singer M. Pokora. After her divorce from The-Dream, she was in an unfruitful relationship with few other singers. She then began dating M. Pokora in August 2017. Three years into their relationship, Milian gave birth to their first child, Isaiah Tota, on January 20, 2020. The same year, in December, they tied the knot.

However, Christina Milian’s son is not her first child. Aforementioned, she already has one daughter from her ex-husband, The-Dream.

Both Parents Are Musicians

As stated earlier, Christina Milian is a great mother of two. Both of Isaiah Tota’s parents are musicians. Christina, who recorded her debut album, entitled Christina Milian, in 2001, has now released several music albums. She is known as one of the most talented singers in the USA.

Similarly, Matthieu Tota, who goes by the stage name M. Pokora or Matt Pokora, is a famous singer and songwriter from France. He released his first solo album entitled Matt Pokora (later modified to M. Pokora) in 2004 and has since released more than 5 albums. Just like Christina, he is also an actor who has voiced Duncan Rosenblatt in the French dub of the Cartoon Network movie.

Since Isaiah Tota and Violet Madison Nash’s parents are involved in the entertainment industry as musicians, the half-siblings’ duo might follow in their footsteps. However, it’s still a long way to know about their career plans yet. But, we do hope that they become as successful as their parents.

Although Isaiah is the only son of Christina with M.Pokora, he is not Christina’s first child. She has a daughter from her ex-husband, The Dream, whom she named Violet Madison Nash. Isaiah’s half-sister, Violet, was born in February 2010 and is about to be a teenager. She loves her baby brother. In an interview with the US Magazine, Milian mentioned that Violet is super helpful and watches him when they are busy.

Violet and Isaiah have a good and strong brother-sister bond. Violet shares pictures of her baby brother on her Instagram. Their parents upload videos and photos of them having fun around as well.

Christina Milian’s Son’s Face Has Not Been Revealed Yet

Christina and M.Pokora are raising their son with great love and care. Christina’s daughter has an Instagram account to her name, which her mother runs. However, Christina and her husband have not revealed the face of their son. People do know that she has a son, but they are left with questions about how he looks and who does he resemble. His parents blur out or cover his face while uploading any family photos.

Christina’s kids are no less than a celebrity. As children of musicians, they have already gained immense fame.

Is Going To Be A Big Brother

Christina Milian’s baby boy, Isaiah Tota, who already has an elder half-sister, is soon going to be a big brother. 10 months after Isaiah’s birth, Isaiah’s parents revealed that they are expecting their second child. Christina has uploaded various pictures of her baby bump and seems excited to welcome the next child.

Nevertheless, Christina and M. Pokora have kept their son away from the spotlight and media, and they all are doing great for themselves.

The name Isaiah has a Hebrew origin, which means God Is Salvation.