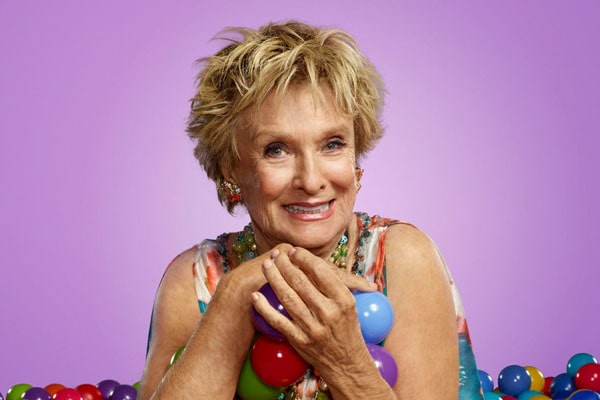 Cloris Leachman, the legendary Hollywood actress, passed away at age 94 recently on 26 January 2021. Leachman, the Emmy-winning acting diva, was famous for her several roles on numerous TV series and films like Mary Tyler Moore Show, Phyllis, and The Facts of Life. Similarly, she was the oldest celebrity contestant ever to participate in the American dance competition TV series Dancing with the Stars.

Above all, Cloris Leachman’s most significant job was being a proud mother to her five kids. By the time Leachman starred on the Mary Tyler Moore Show, she was already a mom to five children. Late actor George Englund is the father of all of her five kids, whom she married in 1953 and divorced after almost 26 years in 1979. Here, learn some more facts about all five of Cloris Leachman’s children, including their everyday life.

Adam Englund is the firstborn of late actress Cloris Leachman with George Englund. The formerly married pair, Leachman and Englund, welcomed their child, Adam, in October 4, 1953. Growing up, he went to Palisades Charter High School from September 1969 to 1970. Similarly, Cloris Leachman’s son, Adam, attended The Thacher School in 1971 and later got transferred to Rexford High School Beverly Hills.

According to the Linkedin profile of Cloris Leachman’s son, Adam Englund, he earned a BA in Liberal Arts from the Pacific University in 1975. After earning a bachelor’s degree, he joined the University of California, Hastings College of the Law in 1976 for an LLB degree. He achieved his Juris Doctor from there in 1980. Likewise, Adam completed his Master’s Degree in Public International Law from Cambridge University. During his tenure at Cambridge University, he did a thesis on Artificial Islands and Floating Cities beyond the limits of national jurisdiction, built under an International Organization’s auspices.

Like his parents, Adam also tried his luck in the show business for some years. He worked as an actor in the films Lady Avenger, and Mortuary Academy. However, being a Law student, Adam chose to flourish his career in the law business. So he first worked as a product specialist in The Electric Bicycle Company for a year from 1995 to 1996. Also, Adam was a manager and CEO of Ocean Works Development from 2004 to 2007. Since then, Adam is an owner of a law office in Encinitas, California. Adam and his law firm work in personal and business transactions, wills, and trusts, estate planning, and intellectual property.

Furthermore, IMDb notes that Adam was previously in a marital bond with Vicki McCarty from 19 August 1978 to 8 July 1983. Currently, he is happily married to Victoria Englund and has a daughter named Arielle Englund. The happy family lives in Encinitas, California.

Bryan Englund Passed Away At The Age Of 30

Bryan Englund is the second born of the former celebrity couple, George Englund and Cloris Leachman. He joined the Englund family on 1 January 1956. Growing up in a family of actors, Bryan inherited his mom and dad’s acting skill and became an aspiring actor when he grew up. He played in movies like Crazy Mama and The Prowler. However, sadly, Cloris Leachman’s son, Bryan, died at age 30 in 1986.

Heavy reports that Bryan was found dead in a Manhattan YMCA room in February 1986. Though police officers found no sign of foul play in his death, they found two bottles of ulcer medicine in his room. So, reportedly, the cause of Bryan Englund’s death was a drug overdose. At the time, Bryan was in a marital relationship with Pamela Pietri and had a year-old daughter, Portia Englund.

During a talk with the Bangor Daily News in 1986, Cloris Leachman revealed that she tried every possible way without putting her son, Bryan, in chains or behind bars to control him. And, she knew how much her son loved her, and he also knew how much she loved him. But, unfortunately, Leachman could not save her son, Bryan Englund.

George Englund Jr. is the third child of Cloris Leachman with her ex-husband, George Englund. He arrived on 21 May 1957 in New York City. When George Jr. grew up, he chose a slightly different career than his older brothers and parents. He pursued a career in the American Entertainment Industry as a production manager and a film score producer. Some of the films in which George Jr. has worked on are My Guys, The Fields, and Good & Evil.

Unlike his mom and some of his siblings, George Englund Jr. prefers a life far from the media paparazzi. Currently, he is not active on his social media accounts. As a result, his present profession and marital life are not available for the public view at the moment.

The fourth child of Cloris Leachman with George Sr. is Morgan Englund. They gave birth to Morgan on 25 August 1963. Like his brothers and parents, Morgan also chose to be in the entertainment field as an actor, writer, singer, and songwriter. Morgan debuted in the film industry as an actor from the long-running daytime series, Guiding Light, in Dylan Lewis’s role. During his tenure in the show, Morgan performed and wrote several songs on the show. His own songwriting career started the moment he saw Garth Brooks perform in Central Park.

Yay Anabel!!!! My daughter got approved for her first, very own, apartment today. Very stoked and proud:) pic.twitter.com/dNJEoM4Wc0

So, currently, Cloris Leachman’s son, Morgan Englund, is a dedicated singer and songwriter. Englund has released a couple of albums and singles to date, including his debut album in Nashville. The year Morgan finished his first musical album, he divorced from his wife, Pamela Ralston, whom he married in 1990. Together they have two kids, Anabel Englund and Jackson Englund.

Since after separation from his wife, Pamela, Morgan decided to do his best to be financially stable to raise his kids well. He even switched gears completely and became a paramedic of Los Angeles for almost fifteen years and raised his two children. As a firefighter, Morgan was able to heal others’ bodies, but as a singer and artist, he heals the soul. Currently, he focuses on his career as a musician and performs in several places. Besides enjoying his career as a singer and actor, Morgan loves flying off cliffs on a pair of skis and paragliding.

Leachman’s Daughter, Dinah, Is A Founder Of Topanga Mercantile

Dinah Englund is the only daughter of George Englund and Cloris Leachman. She is the youngest of the  Englund siblings, born on 16 January 1966. She served in the American Film Industry as a production assistant for the acclaimed movie Titanic and TV series such as The Migrants and Death Sentence. Moreover, Cloris Leachman’s daughter, Dinah Englund, mentions herself as a Lifestyle Shaman, Chef, singer, and songwriter.

Furthermore, Dinah Englund is the co-founder of Topanga Mercantile, aka Topanga Candle Company. She and her friend, Tom Vogel, established the company in 2016. At first, the business partners started it as the Topanga Candle Company. However, later they expanded it to sell crystals, jewelry, and locally made items. Now, it is a gift shop selling beautiful things at affordable prices.

Cloris Leachman’s daughter, Dinah, was once a singer and songwriter. However, she did not find success in it. Being heartbroken with the music industry, Dinah left it and joined the culinary school intending to be a private chef to billionaires. However, it also did not last long. Finally, Dinah chose to stick to her own business, the Topanga Mercantile, and she feels her store is a complete amalgamation of all she is.

In this way, all of Cloris Leachman’s children are a vital member of the American Film Industry. Though they chose different careers later, they are finding success in whichever field they chose.