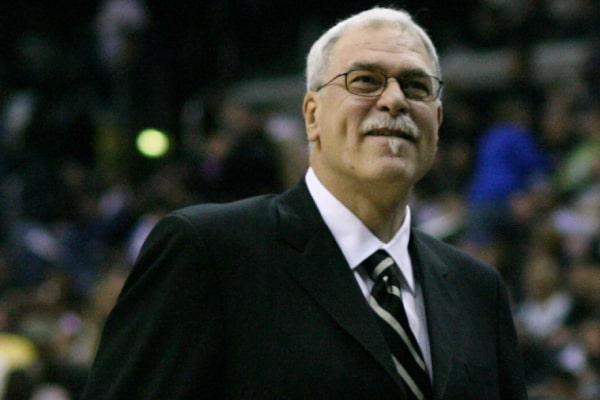 Phil Jackson, byname of Phil Douglas Jackson, is one big name in the National Basketball Association. He is a former basketball player, a coach, and also an executive in the NBA. He was also named as one of the ten great coaches in the history of the league.

But unlike his successful professional career, his personal life, especially his marriage, was a huge failure. In 1967, he married his first wife, Maxine Jackson. But things did not work out between them, so they parted ways in 1972 after five years of togetherness. He then married June Jackson in 1974, and this marriage also underwent the same fate as his earlier one. This legendary coach, who has gotten married twice and engaged thrice, has a total of five children. You must be curious to meet all the children of the basketball Hall of Famer, Phil Jackson, and this article is undoubtedly for you.

Elizabeth Jackson is the only child of Phil Jackson and Maxine Jackson together. She was born at some time between 1970- 1972. Her parents got divorced soon after her birth, so she must have had a pretty tough childhood.

Elizabeth did her undergraduate studies in International Relations and Affairs at Trinity University. She also got her Master’s degree in Secondary Education from George Washington University.

Currently, she has been working as a Social Studies teacher for FCPS in Virginia for more than two decades. Phil Jackson’s daughter Elizabeth doesn’t like the limelight, so she prefers to avoid media as much as possible.

The NBA Coach Phil had Chelsea Jackson with his second wife, June. She went to Deerfield High School in Illinois. Chelsea followed her father’s footsteps back in her high school days and played for the varsity basketball team. She had quite some problems due to her popularity as the daughter of a great coach. She then decided not to pursue basketball as her career.

She had graduated from Penn State University. Now, she is a designer at her own company Chelsea Sachs Design and is a mother of two- a son and a daughter. She doesn’t like the media’s attention despite being the daughter of someone who is very used to it. However, she is quite active on her social media handles, where she usually posts snaps of fun time with her husband and two kids.

Brooke had been a victim of sexual assault during her college days. This was revealed by Phil Jackson in his book ‘Eleven Ring.’ But with the support of her family, she somehow managed to get over it. Now, she is working as a psychologist and helping other people with her knowledge and aptitude.

This daughter of Phil is now happily married to an entrepreneur, Mr. Sears, with three children. She is a strong woman, no doubts on that.

Phil Jackson and his ex-wife June welcomed their fourth and fifth child in the form of twins, and one of them is Charlie Jackson. He also goes by the name Charles Jackson.

Charlie holds a degree in B.A. Communications from the University of Colorado. He was really passionate about the environment and entrepreneurship since his college years. His love for entrepreneurship has made him a successful entrepreneur running Gron Ventures.

This son of Phil Jackson is also known for his philanthropic works. He is an active member of the P.D. Jackson Family Foundation, an organization that supports a holistic approach to indigenous people’s well-being and environment conversation.

The son of Phil Jackson, Ben Jackson, is the twin brother of Charlie Jackson. Ben was camera shy since his childhood days, yet he used to accompany his father to his games, along with his twin brother Charlie.

Phil’s son Ben is an executive director of the Writing Salon. Besides that, he has also taught at several institutions across America. His writing has appeared in some magazines and journals such as New England Review, FIELD, etc. and received prestigious awards, which shows how much of a good writer he is.

Ben is now happily married with a daughter and a son. And like his brother Charlie, he is also involved in the family foundation.

All of the children of Phil Jackson are having a pretty good life and living on their terms. Unlike their father, they have succeeded in keeping themselves out of any media attention and controversy so far. Let’s hope they care to appear on social media so that the world can see what is going in their life.